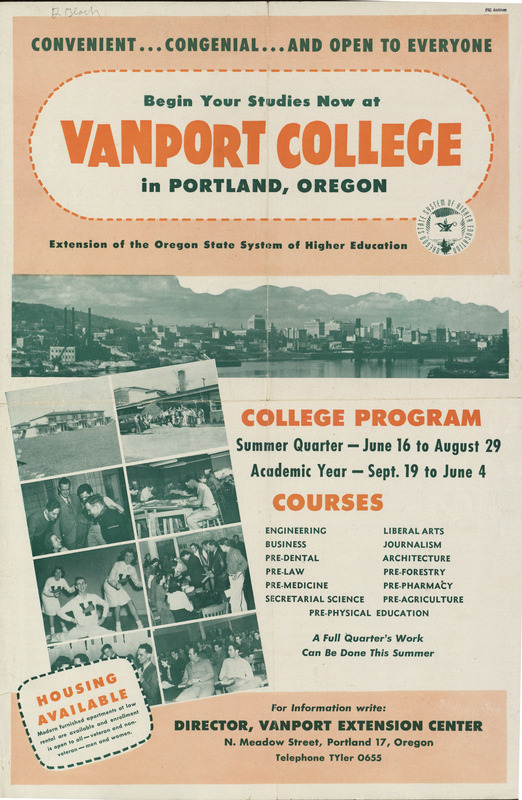 The town of Vanport was formed during the Second World War to house the booming population of shipyard workers and their families on Portland's north edge near the Columbia River. In 1946, Dr. Stephen Epler, an instructor and placement counselor with the Oregon State System of Higher Education, proposed that a college extension center be established in Vanport to provide education and housing for returning veterans under the 1944 GI Bill. Student veterans and their families joined Vanport's existing residents, which included significant segments of Portland's African American and Asian American populations.