Ed Washington (b. 1937) was a civil rights leader and member of the Portland NAACP.  In 1991, he became the first African American councilor for the Portland Metro council. As of 2015, he continues to serve as the Community Liaison for Diversity Initiatives & Inclusion for Portland State University, and as an adjunct professor for Portland Community College. 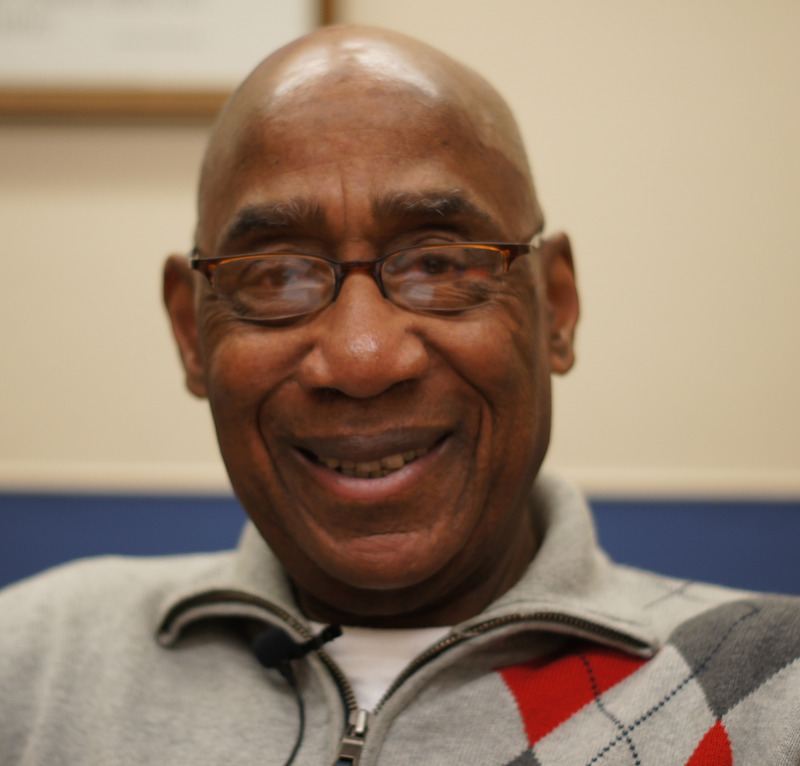 Edward James Washington was born on February 26, 1937 in Birmingham, Alabama, the oldest of several children. His family remained in Birmingham until Ed was 7. In 1944 the Washingtons moved to Vanport, Oregon after Ed's father got a job in the Kaiser Shipyards. Upon moving to Portland, Ed immediately experienced intense discrimination, and in numerous interviews has stated that in some ways the more subtle racism and segregation of Portland was more insulting, damaging, and hard to cope with than the blatant Jim Crow laws and customs of the deep South. After the war, Ed’s father lost his job and moved to Los Angeles, though the family remained in Portland. Though separated, Ed’s parents never divorced, and his mother, Virgie became the sole supporter for Ed and his siblings.

As a child, Ed like so many others lost their homes and almost all of their possessions when Vanport was destroyed in a flood on May 30, 1948. Between being moved about by the Portland Housing Authority and later dealing with discriminatory practices known as “redlining” in real estate, it took the Washington family years to finally settle down again afterwards.

Ed was active in the Portland troop of the Boy Scouts of America, lead by a white man named Mr. Oberdorf who became a mentor to Ed and his brothers. Ed has credited “Mr. Obi” as being a true inspiration to him in his youth and crucial to much of his younger development. As a Boy Scout, Ed travelled to a national Jamboree in Washington D.C., where Ed was shocked at the level of explicit racism in the nation’s capital. As a teenager, he went to Grant High School and after graduation worked as a busboy because his family couldn't afford to send him to college, even though he wanted to go.

Ed joined the NAACP in 1956, "straight out of high school," after experiencing job hiring discrimination. He worked as a phlebotomist and at other jobs at Oregon Health & Science University while simultaneously attending night school and becoming extremely active in the NAACP. The committee that Ed was on ended discriminatory hiring practices amongst grocery stores by threatening boycotts, first on smaller chains, such as the now-defunct Kienow’s and then working up to Albertsons, Safeway, and Fred Meyer. Once that had been accomplished, the next target was longshoremen in Portland, which also began to hire African Americans after facing pressure from Ed’s committee.

In 1991, Ed was appointed, then later elected the first African American councilor for the Metro Council, the regional government of the Portland metropolitan area. He served in this capacity from 1991-2001. As of 2015, he continues to serve as the Community Liaison for Diversity Initiatives & Inclusion for Portland State University, and as an adjunct professor for Portland Community College.

In 1959, Ed married Jean Nova, a music teacher at Alameda Elementary School who was the first black chairwoman of Portland Music Educators. Ed and Jean remained together until she passed away in 1998.