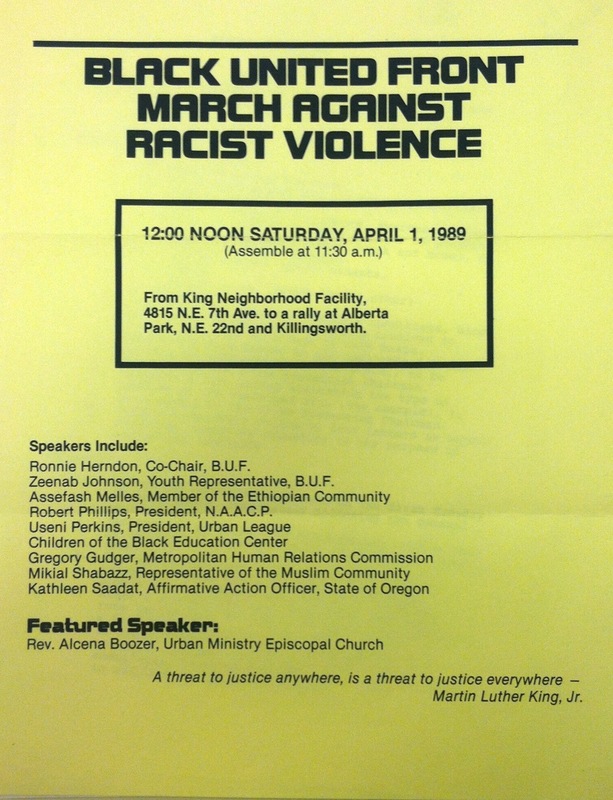 For forty years, Kathleen Saadat has served as a mentor and activist among Portland’s LGBTQ, women’s rights, and African American communities. Saadat was born in St. Louis, Missouri, and moved between her hometown, Nashville, Tennessee, and Chicago, Illinois before relocating to Portland as an adult.

Encouraged by friends and motivated by a trip through Oregon in 1967, Saadat moved to Portland from St. Louis in 1970. “After I got to Oregon it feels like I could have my whole self. I could be Black, I could be lesbian, I could be a woman,” said Saadat. In Portland she found freedom to express her identity, but also experienced cultural, systematic, and institutional racism which differed from what she previously experienced elsewhere.

After graduating from Reed College in 1974, Saadat worked for civil rights as an independent trainer and advocate, an organizer within community groups, and an administrator within numerous city and state government offices. She was an outspoken critic of the homophobic Ballot Measure 9 in 1992 and organized statewide and within the African American community to defeat it. Since retiring from her position as Manager of Diversity and Affirmative Action with the City of Portland, she continues her career as an activist, consultant, and public speaker.