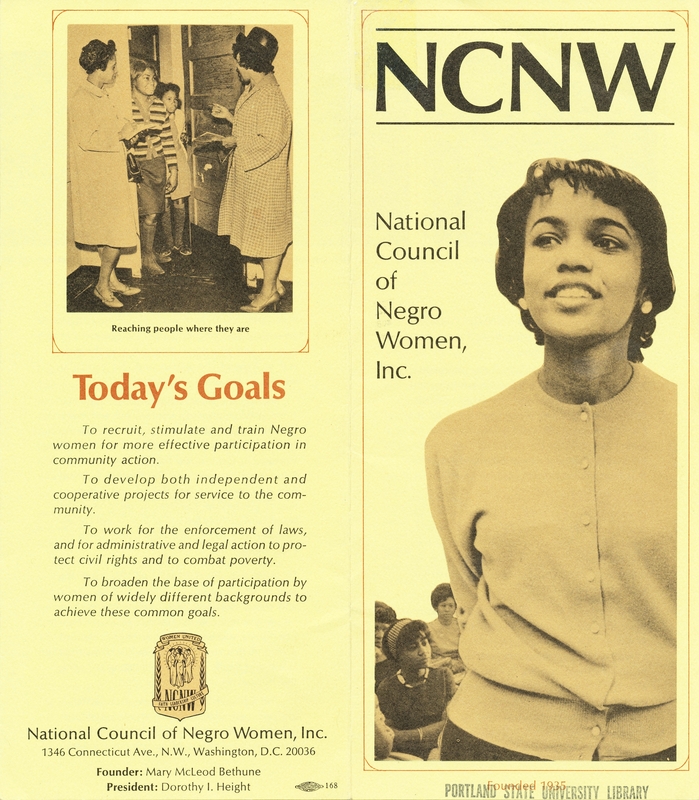 Brochure for the National Council of Negro Women, Inc.

Mary McLeod Bethune, the daughter of slaves, founded the National Council of Negro Women in 1935.  The organization sought to articulate common goals among a multitude of national and regional groups that were working on behalf of African-American women, while locating allies in other prominent social, educational, and governmental organizations.  It became known as the “organization of organizations,” serving as a clearinghouse for information about activities affecting African-American women.  During the civil rights movement, the NCNW initiated voter registration drives, lobbied for black appointments to strategic government positions, promoted national legislation to abolish poll taxes and stop lynching, worked with the NAACP to implement school integration, and sponsored public programs in support of non-violent activists.