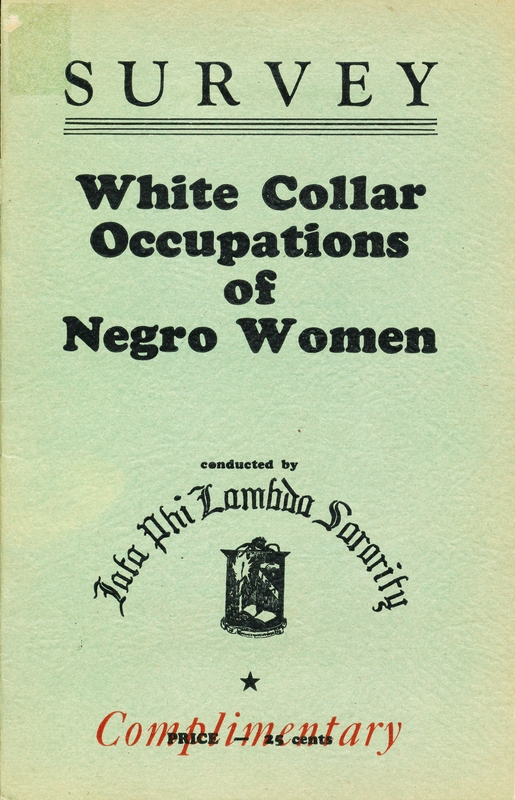 In 1929, a group of African American businesswomen founded Iota Phi Lambda, a sorority to serve the needs of minority women in business.  Founder Lola M. Parker grew up during the Great Migration and understood that finding employment in new cities underscored the need to learn new skills. African American women often faced a double burden of discrimination on the basis of both race and gender.  She sought to inspire women to improve their existing skills and to motivate them to achieve the highest level of proficiency in their chosen professions.  This pamphlet presents the results of a poll taken in a cross section of urban centers across the country.  Among its findings is that African American owned businesses, social agencies and schools provided the largest field of white-collar employment in the South, and the second largest in the North after government agencies.