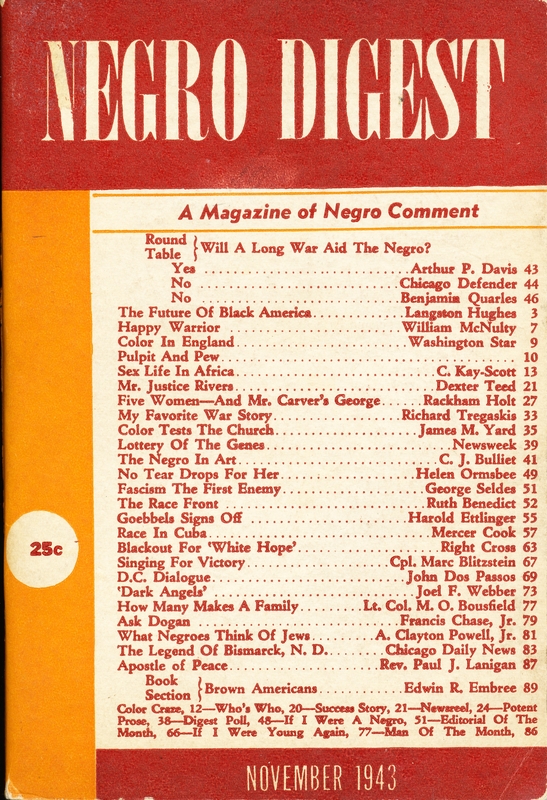 Founded in Chicago by John Johnson in 1942, the Negro Digest was one of the first print magazines to target an African-American audience.  Johnson struggled to find financial backing for his venture; neither the white nor black funding sources he approached believed such a magazine was viable.  Nonplussed, he wrote letters soliciting two-dollar subscriptions from everyone on the mailing list of a local African-American insurance company.  To cover the postage, he took out a loan using his mother’s furniture as security.

Receiving 3000 responses, he named and modeled the magazine after the popular Reader’s Digest, reprinting articles from other media sources.  Initially most distributors refused to carry the magazine, doubting its ability to sell. Johnson persuaded his friends to haunt their neighborhood newsstands demanding copies.  He soon formed an alliance with a magazine distributor, whose marketing ideas helped the Negro Digest reach other cities.

The magazine became well-known for a column entitled, “If I Were a Negro,” which asked prominent white citizens to reflect on unsolved black problems.  First Lady Eleanor Roosevelt contributed to the column, increasing sales overnight.  Johnson went on to create other African-American magazines, including Ebony and Jet, which quickly outshone the Negro Digest; it ceased publication in 1951. 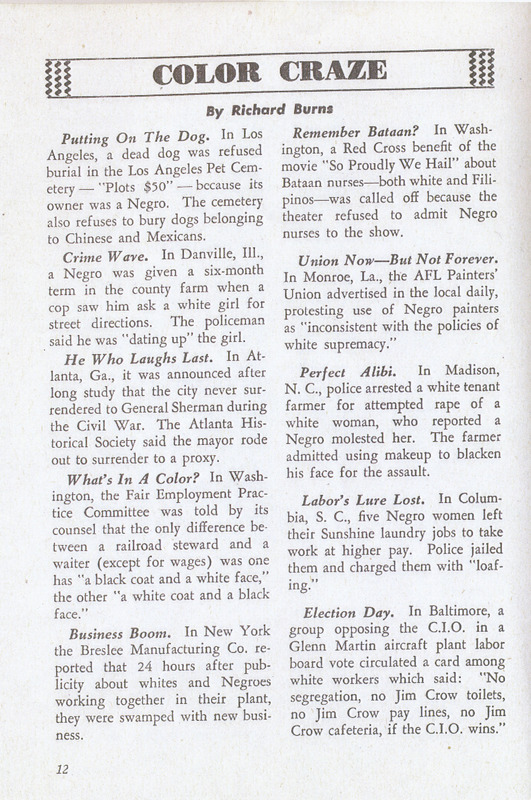