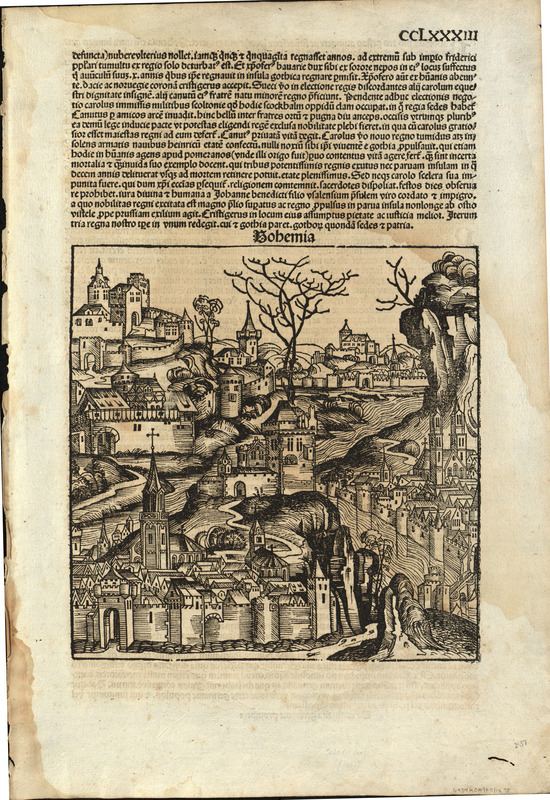 Recto of Latin leaf with view of Bohemia.

The Liber Chronicarum—known in English as the Nuremburg Chronicle—is one of the world’s most famous early printed books. Published in 1493 in Nuremberg, Germany, it chronicles world history from the time of the creation to the fifteenth century. The original text was written in Latin by the great German humanist Hartmann Schedel and later that same year published in a German translation. The exquisite woodcuts were created by the workshop of Michael Wollgemut, who was Nuremberg’s leading printmaker (as well as the teacher of the famous Albrecht Dürer). The sheets displayed here come from the Latin and German editions respectively. 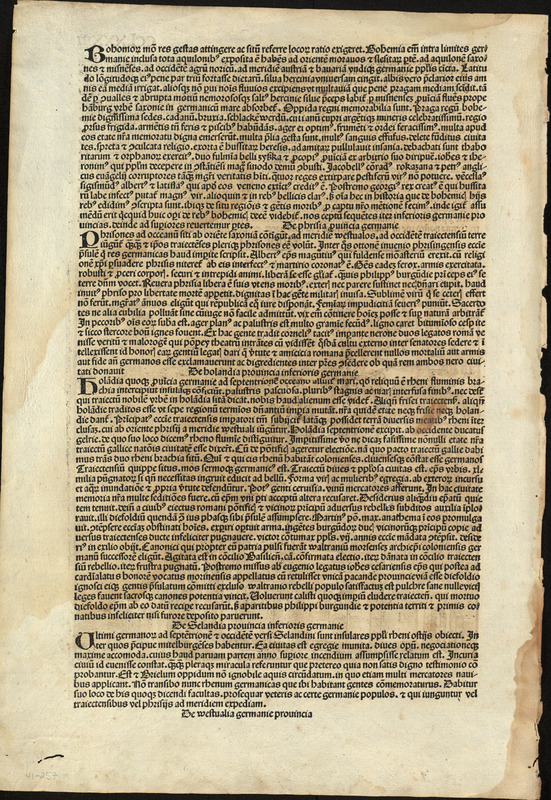 The Latin sheet, shown at top left, portrays Bohemia (the modern Czech Republic) in one of the fascinating contemporary city views—such as those of Nuremberg and Rome—that have made this book so justly famous. 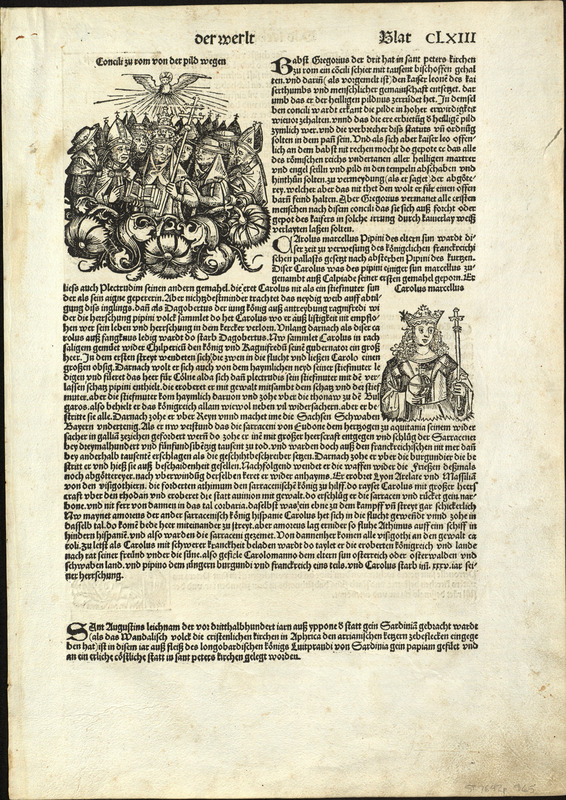 German leaf, recto (above) and verso (below).

The German sheet comes from the history of “the Sixth Age of the World” (from the time of Christ to the “present day”) and recounts the deeds of Carolingian king Charles Martel (686-741) and the Ecumenical Council held in Rome by Pope Gregory III that ultimately resulted the Christianization of Germany. Both are represented here in appealing woodcuts—though woodcuts that, it should be pointed out, are reused throughout the text. 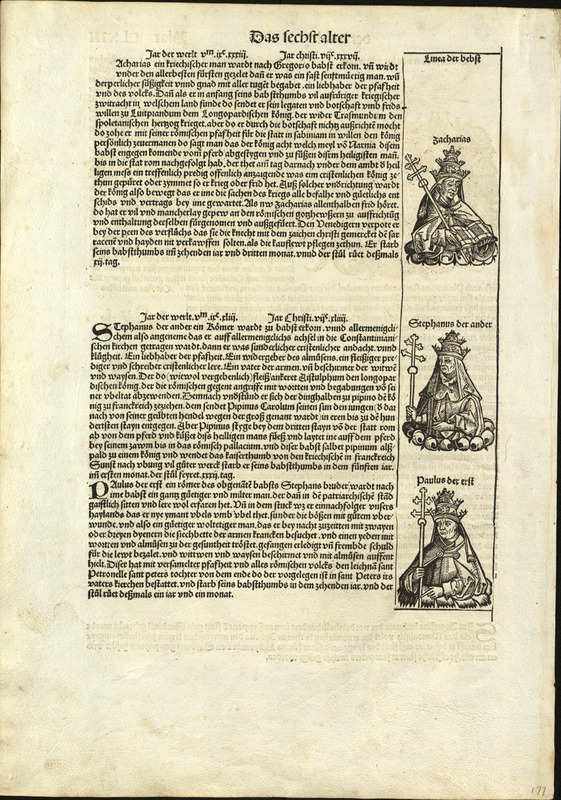 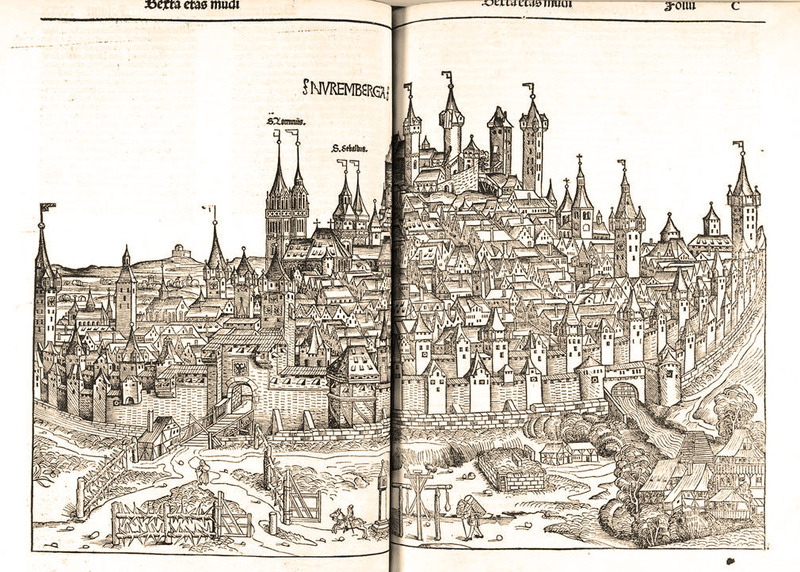 View of the city of Nuremburg.