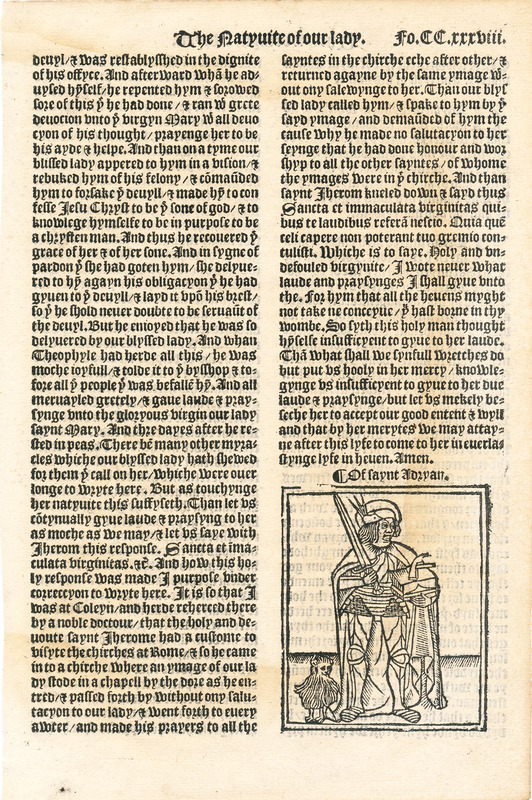 This leaf, with its charming woodcut representing St. Adrian and equally charming Middle English text, provides an interesting window onto popular devotion in the late Middle Ages and the early history of publishing in English.

The Golden Legend (Aurea legenda) was a collection of saints’ lives written in Latin in the thirteenth century and one of the most popular works of the Middle Ages. This leaf comes from an early sixteenth-century English edition, apparently published by Wynkyn de Worde.  De Worde was successor to the great William Caxton, who was first to print books in English.

The page includes parts of “The natyvite of our lady” (the birth of the Virgin Mary) and “The lyfe of saynt Adryan,” a fourth-century martyr who died under the persecutions of the Roman emperor Diocletian. As is characteristic of the Golden Legend as a whole, the saints’ lives are often embellished with legends, folk etymologies, and anecdotes that cannot be verified by the historical record, but which are nevertheless often a pleasure to read. 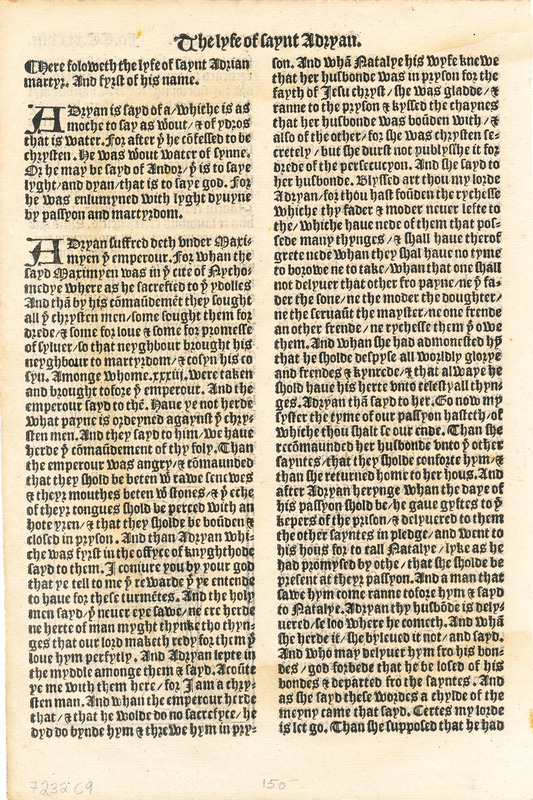