Leaves from the Qur'an 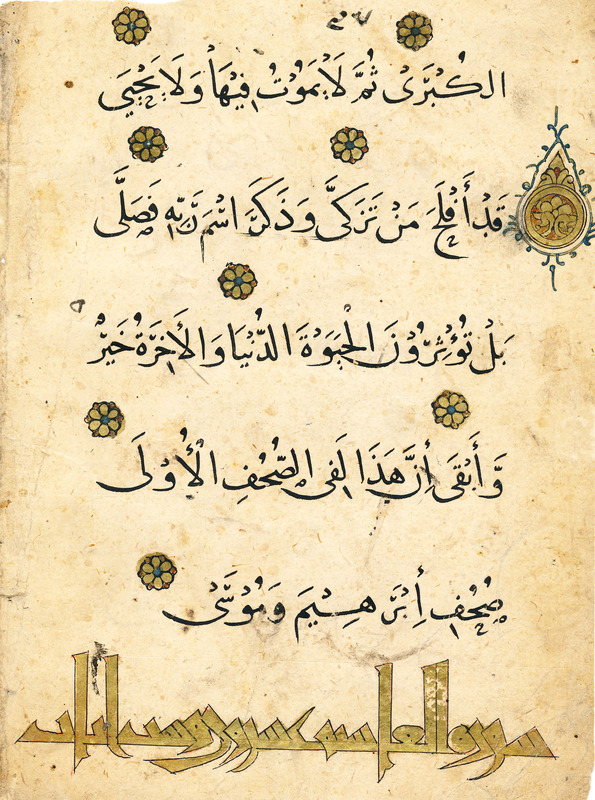 Qur'an copies by the illuminator Sandal were commissioned by wealthy Mamluk patrons who admired his use of elaborate ornamentation and distinctive illuminated devices.  On this page, rosettes and teardrop medallions marking verses and the gold letters of the section title at the bottom of the page are typical Sandal illuminations.

The highly compressed letters of the title are in ornamental Kufic, a traditional Qur'anic script, and the text is in Naskh, a later script valued for its legibility and graphic beauty.  Each page of a Mamluk Qur'an copy was expected to reflect a combination of creative illumination and perfect calligraphy. 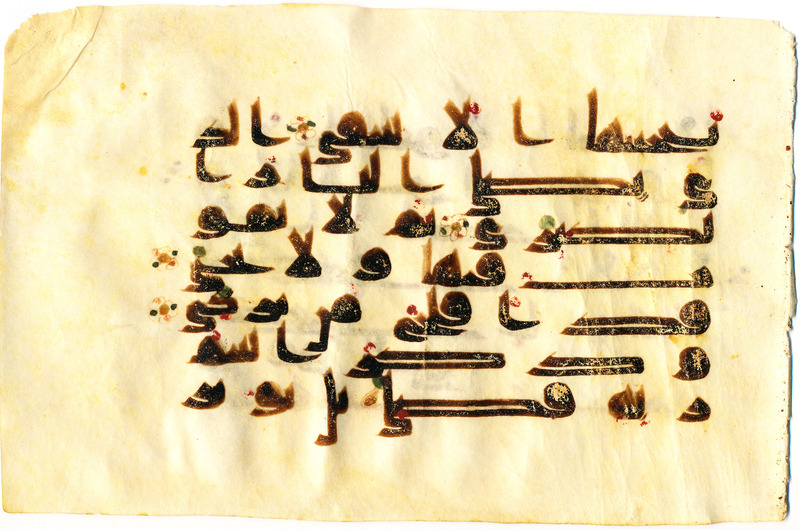 This Qur'an manuscript dates to roughly the turn of the tenth century, at the height of the Abassid dynasty, and may have been produced in one of their great centers of Islamic culture such as Cairo, Damascus, or Kairouan.

Esteemed for its clean, angular lines and distinctive austerity, Kufic script is common to Qur'ans from this era.  Colored dots indicate specfic vowel sounds, and small rosettes appear throughout the text to separate verses.  Dedicated to A'la (the Most High), Surah 87 warns against the perils of a worldly existence that ignores the path to salvation put forth by scripture.

Click here to hear more information about this manuscript on the Gift of the Word podcast.