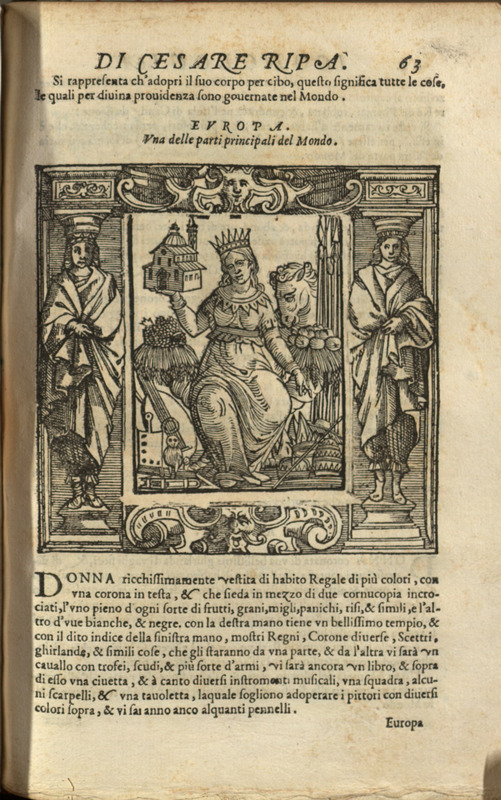 The pages shown here portray allegories of the continents: Europe (“one of the principal parts of the world”) portrayed as a crowned woman—female because the word “Europa” is feminine—wearing a crown, surrounded by cornucopias suggesting abundance, and various symbols of wisdom, learning, arts, religion, and warfare, which seventeenth-century Europeans believed were unique achievements of their civilization. 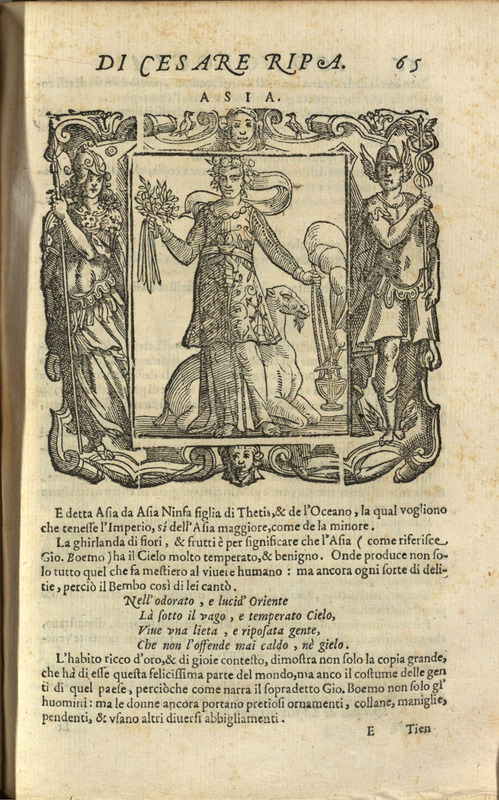 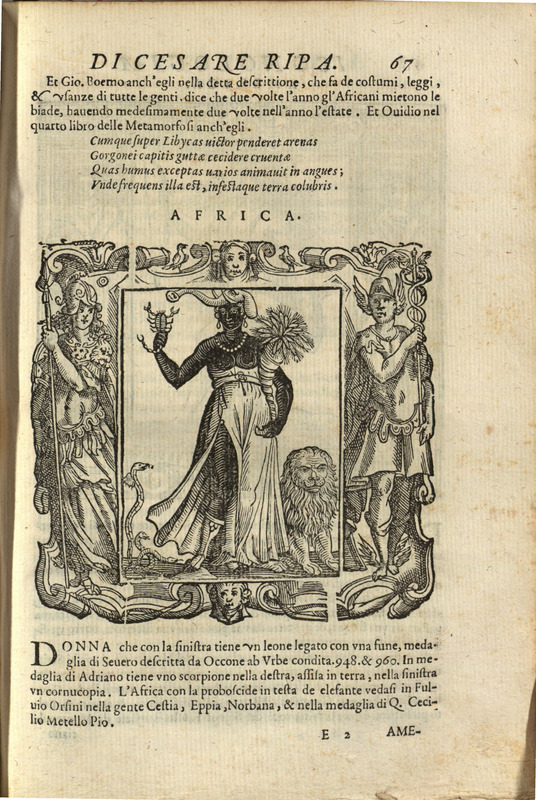 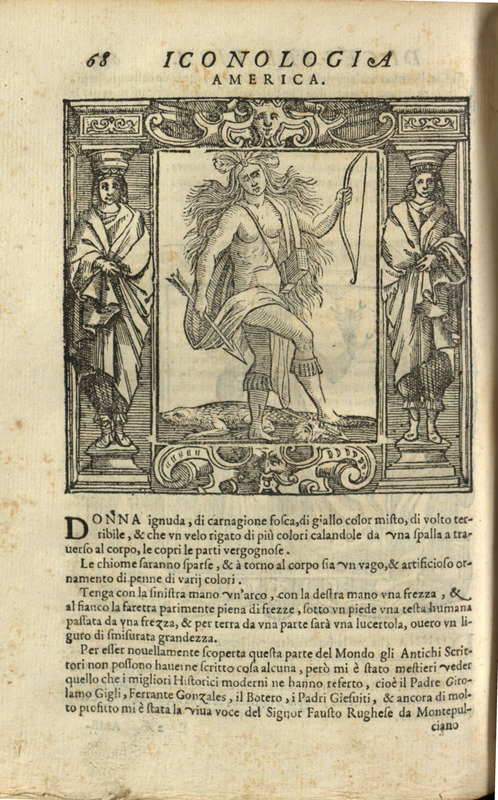 “America,” on the other hand, is shown as a bare-breasted native, wearing a feathered headdress and holding a bow and arrow. At her feet are an alligator—one among the native fauna that seem to have captured the imagination of Europeans—and a decapitated head with an arrow through it, alluding to the savagery and cannibalism that Europeans believed characteristic of the New World natives.