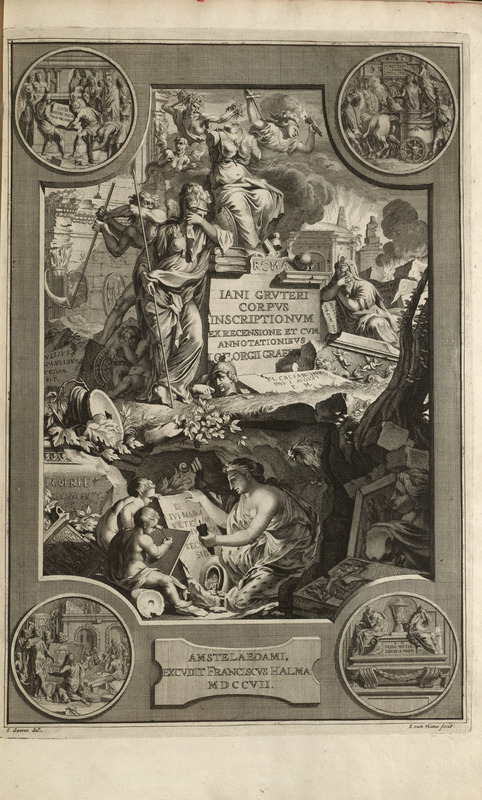 This multi-volume work attempts to provide a complete catalogue of surviving inscriptions from the ancient Roman world. It incorporates the labors of generations of noted early modern antiquarians, including Jean-Jacques Boissard (1528-1602), Joseph Justus Scaliger (1540-1609), Jan Gruter  (1560-1627) and Johann Georg Graevius (1632-1703). The ambitious scope of the work attests to the nascent encyclopedic impulse of the eighteenth century and the increasingly international nature of scholarship at this time. 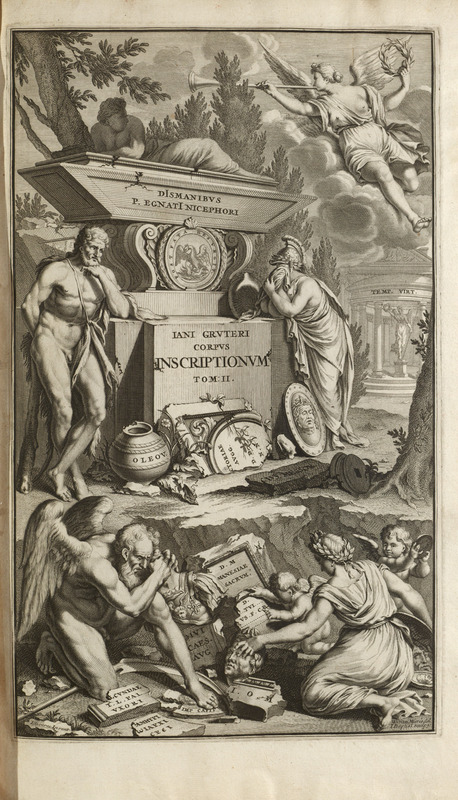 Each volume in the series includes a beguilingly complex frontispiece that represents, in allegorical form, the authors’ intention to resurrect long-lost knowledge of the past through its archeological remains. In this case, a tomb, representing remote antiquity, can be seen at the center, flanked by Wisdom (personified by Minerva) and other figures who weep for its passing. Behind Wisdom rage Time and the Furies, who represent the destructive forces that have reduced the ancient past to ruins. On the ground are scattered the physical remnants of that world: the heads of statues, broken tablets, and fragments of sarcophagi.

Meanwhile, below ground, figures representing the antiquarian spirit attempt to counter “Time’s envious tooth” by reconstructing and interpreting the broken tablets, which is of course the purpose of the book itself. One putto (or winged baby spirit), who seems to stand in for the spectator, can be seen attempting to decipher the inscription—just as we the readers will do upon opening the book. 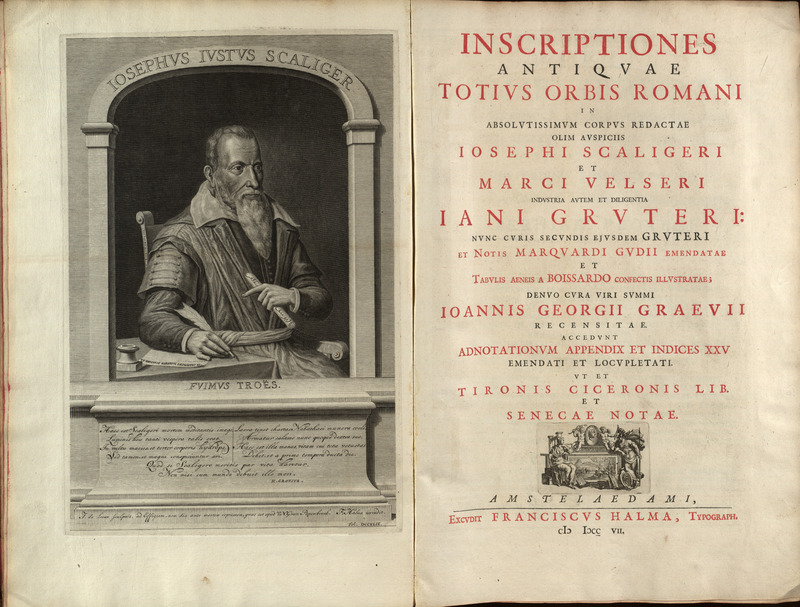 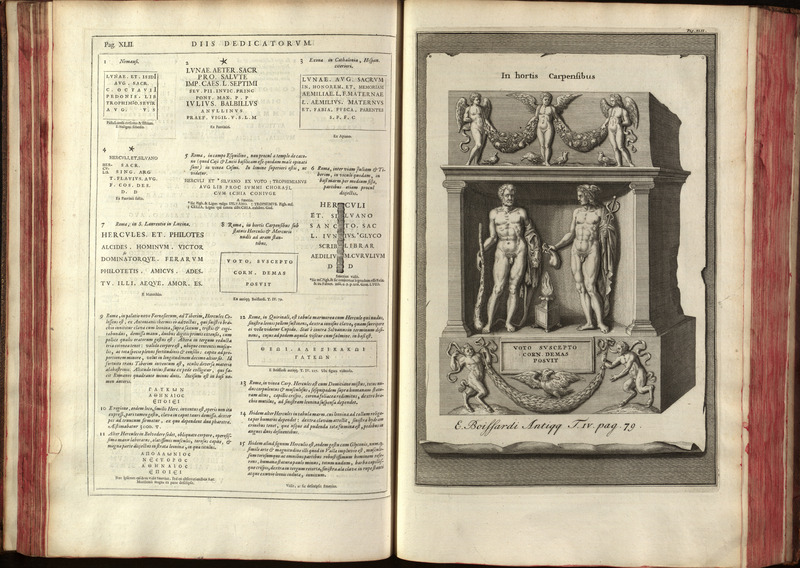 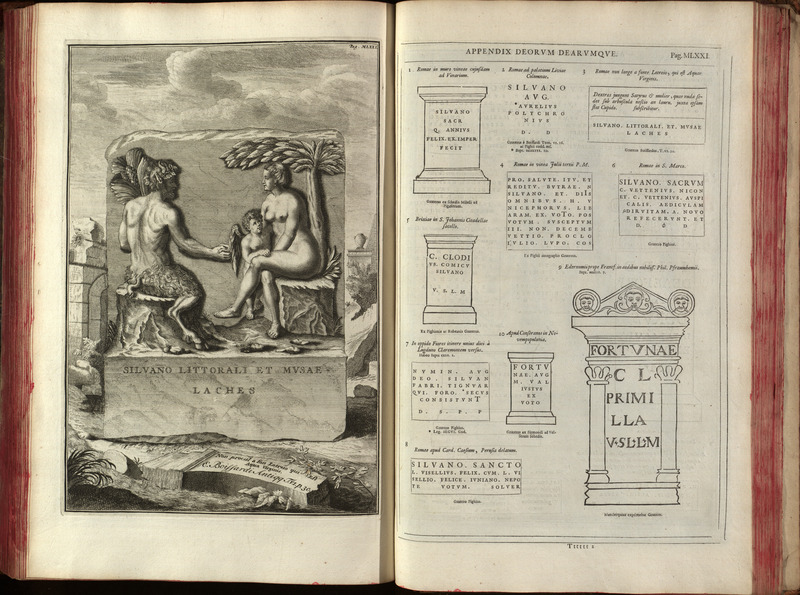 Examples of engravings and reproductions of inscriptions from the first book of each volume.