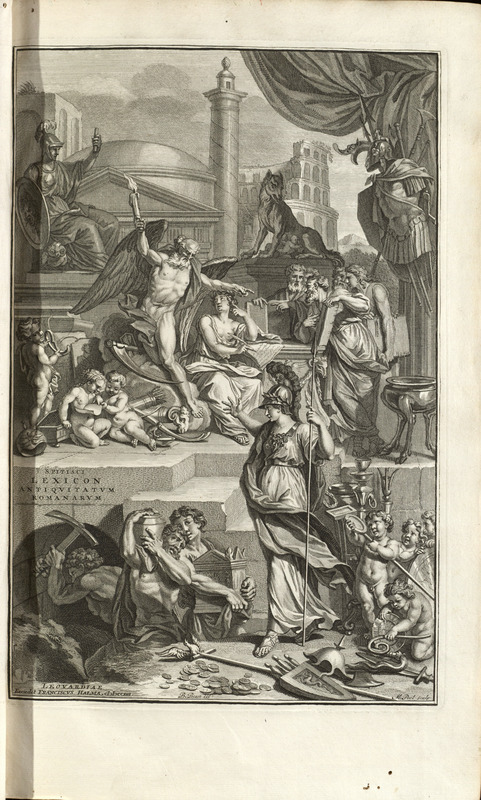 This work by Dutch scholar Samuel Pitiscus is a bold two-volume lexicon that attempts to reconstruct ancient Greek and Roman ceremonies by means of antiquities and inscriptions. The work is another remarkable example of the new tendency toward archeological and philological accuracy on the eve of the European Enlightenment (also seen in Gruterus’s Inscriptiones).

The lexicon focuses specifically on the religious, civic, public, and private ceremonies and rites of the ancient world, attempting to systematically document the ritual practices of the ancients. The exquisite engravings, often executed by well-known artists, illustrate funerary monuments, sculptures, ritual objects, inscriptions (in Latin, Greek, and Hebrew), and other archaeological evidence. 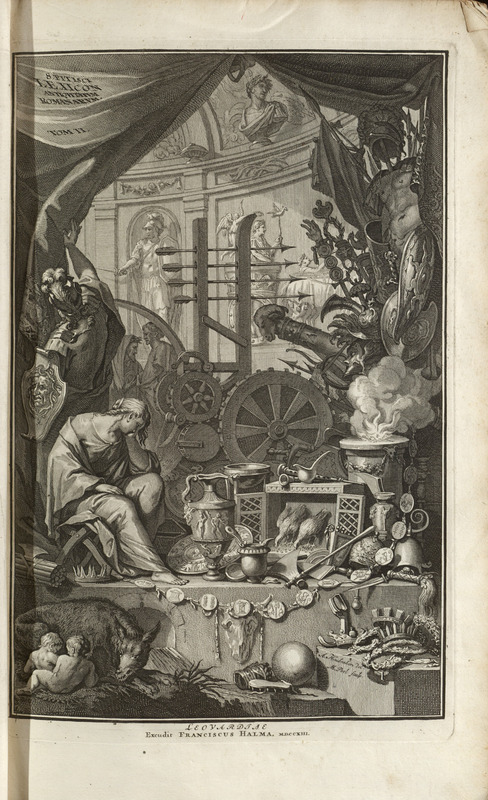 The first volume's elaborate allegorical frontispiece (topmost right) was designed by French engraver Bernard Picart, an artist best known for his closely related Cérémonies et coutumes religieuses de tous les peuples du monde (Religious Ceremonies and Customs of All the Peoples of the World) (1723-1743). The scene depicts an impossible pastiche of Roman antiquities, including the Pantheon, the Colosseum, and the Column of Trajan, as well as statues of Minerva and the She-Wolf suckling Romulus and Remus (the mythical founders of Rome).

Before this backdrop hovers the winged figure of Time. Time holds a torch in one hand, and points with the other to men in ancient costume—evidently authors and philosophers of the past—displaying books and absorbed in discussion. Clio, Muse of History, gazes up at Time, and at his bidding, records for posterity, the deeds and sayings of these men. 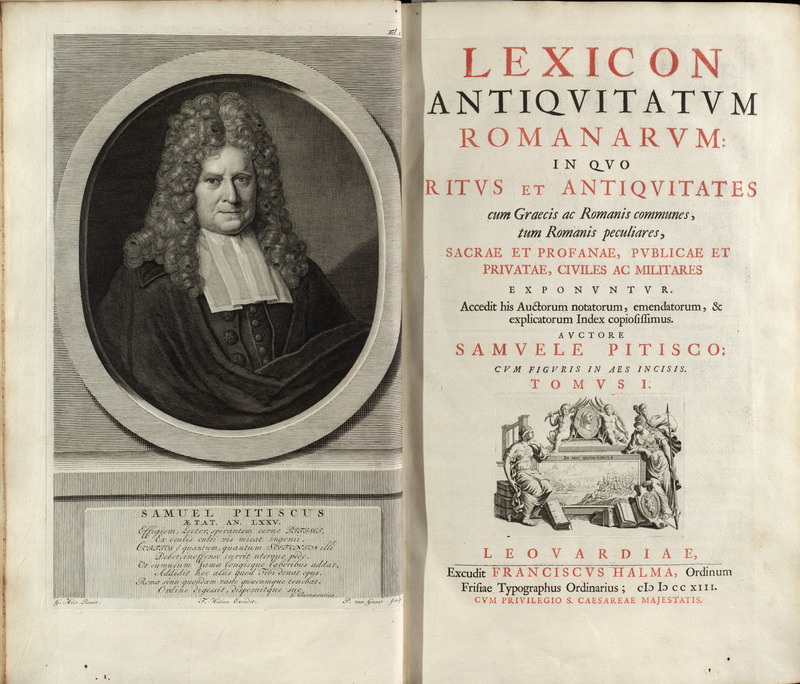 In the foreground, Minerva (here as a personification of wisdom), oversees the excavation of an ancient tomb, guiding shirtless workmen and mischievous putti as they unearth altars, vessels, coins, military insignia, and other evidence of Roman ceremonies and customs. 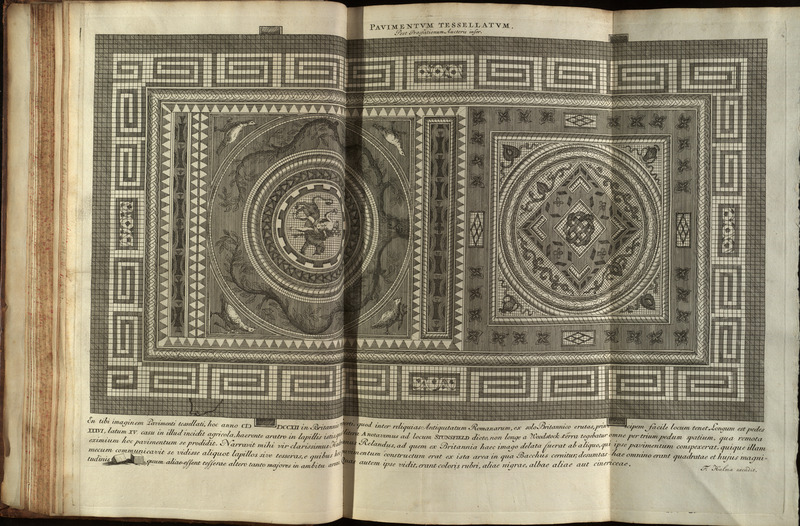