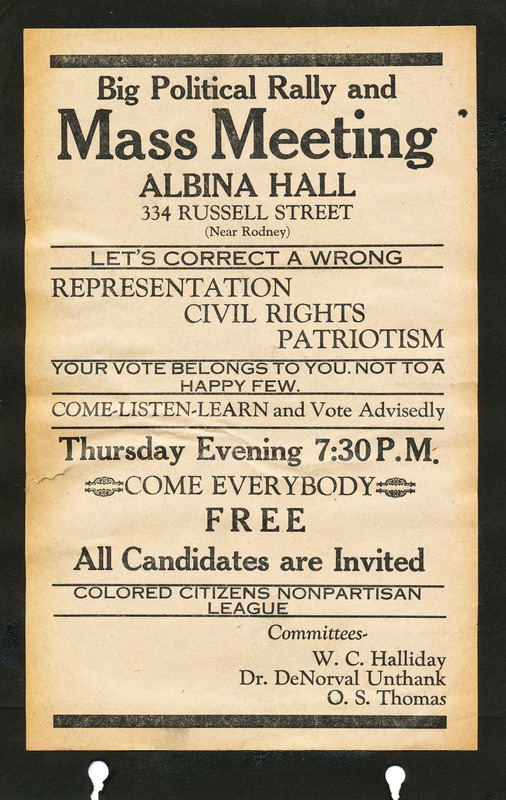 The mass meeting is a long-standing tradition in African American communities that dates at least to the end of slavery.  Though the franchise was limited to adult men before 1919, later whole communities gathered to deliberate on positions and candidates.  After women’s suffrage, such deliberations received fresh urgency.  Nonpartisan organizing served important educational purposes and during the civil rights movement, mass meetings were essential to fostering solidarity, hammering out agendas and strategies, and keeping spirits high. 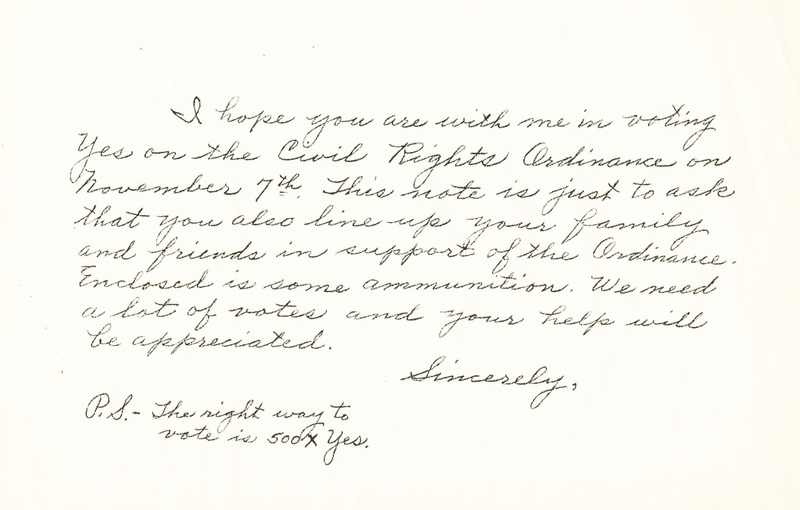 Local initiative 500x was a Portland-based effort to outlaw racial discrimination in public accommodations.  The measure failed.  This handbill, designed and written by Verdell and printed at home, vividly represents the centrality of her labor and talents in political mobilization around civil rights in Portland. 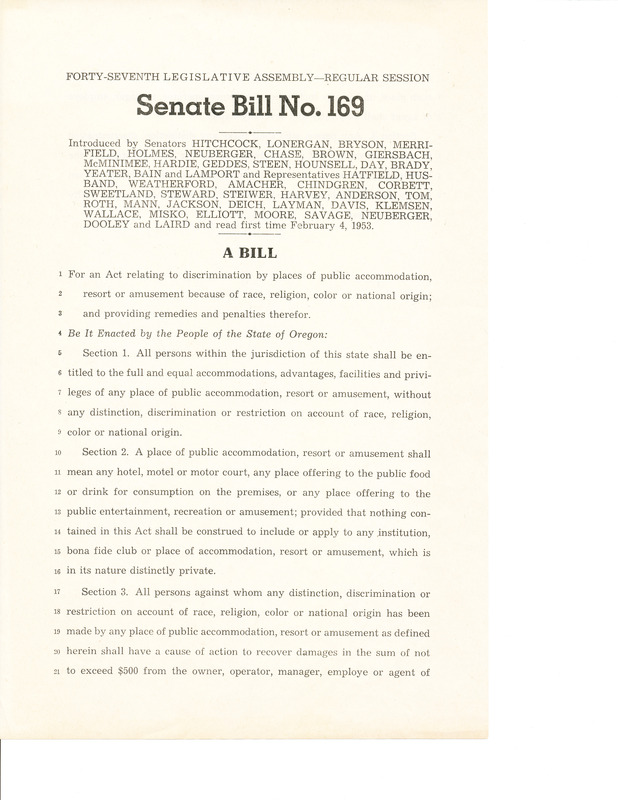 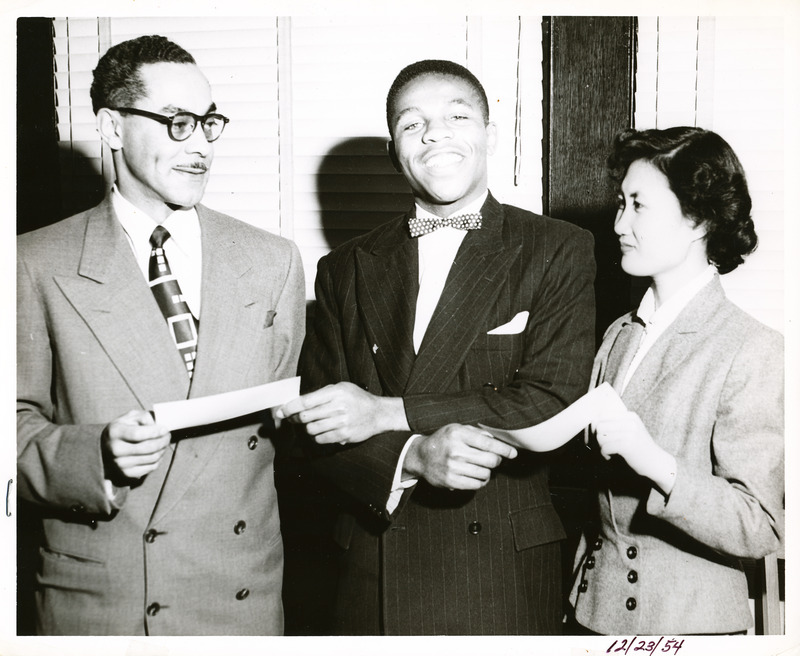