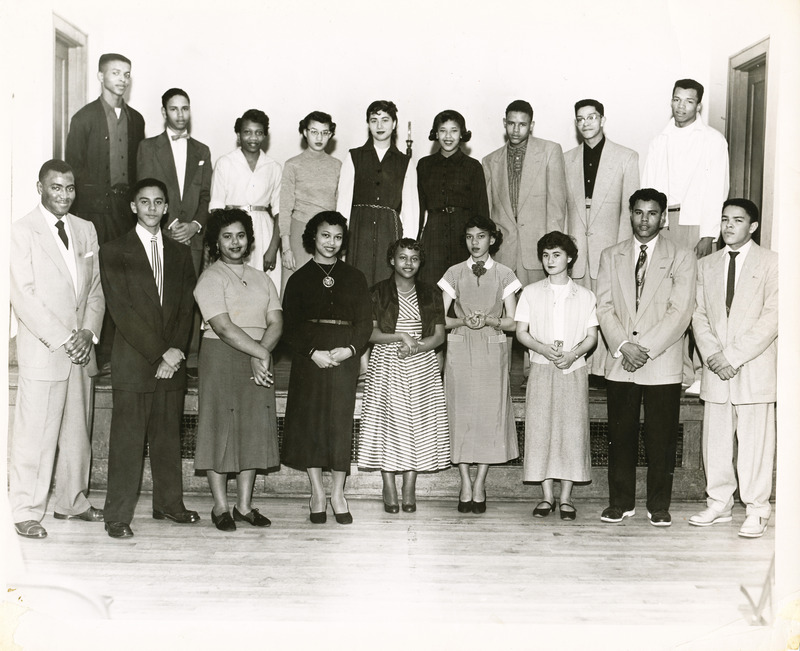 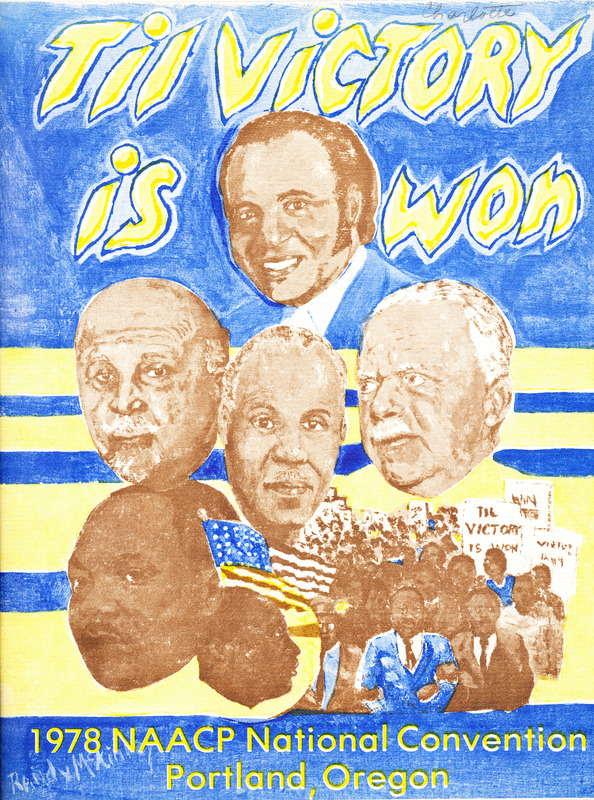 Local school children participated in a contest to illustrate the cover of the program.  The winner was Marcus Randy McKinley, a senior at Washington High School, then located in the southeast neighborhood. 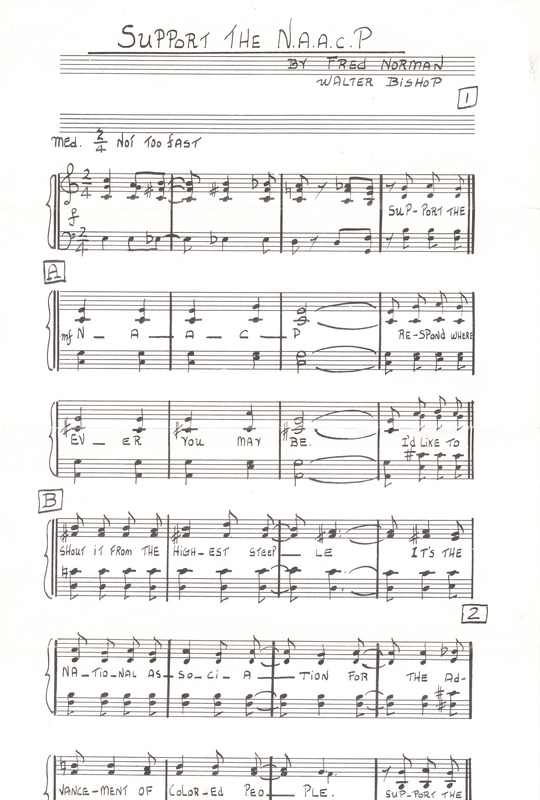 Group singing served a number of purposes in organizing. Learning and singing the words to songs built community and solidarity; the lyrics, handed down over the years, also bridged intergenerational links. Singing also drew on spiritual and religious traditions with familiar tunes put to new purposes. 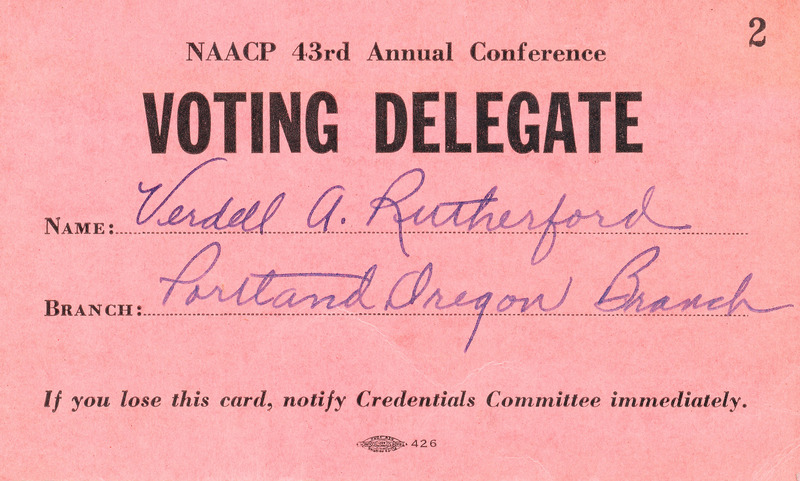 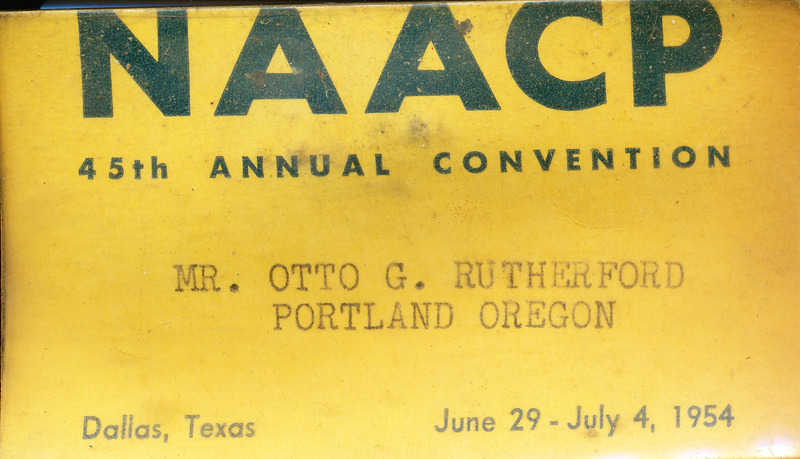 Otto Rutherford's badge from the 1954 annual convention in Dallas, Texas. 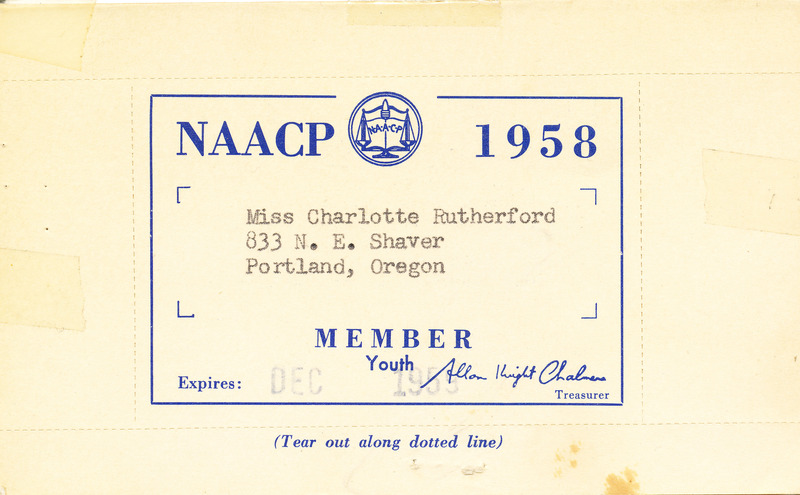 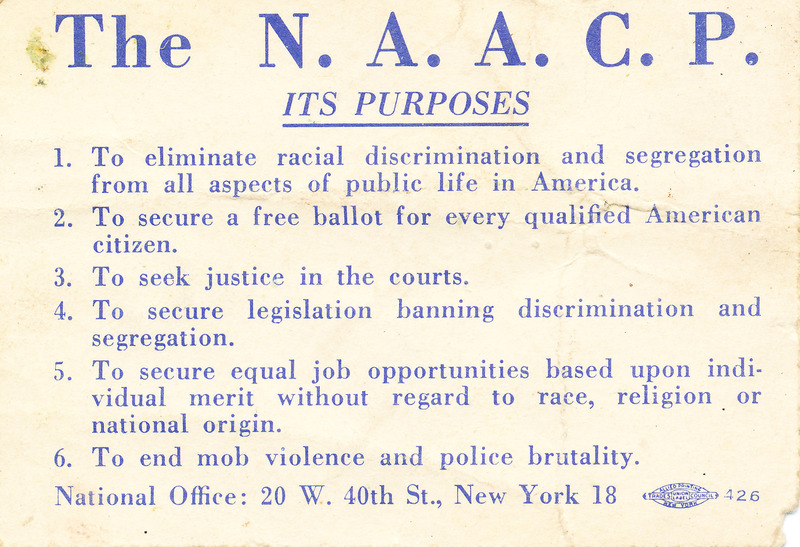 The purposes of the NAACP, outlined on the reverse of the youth membership card. 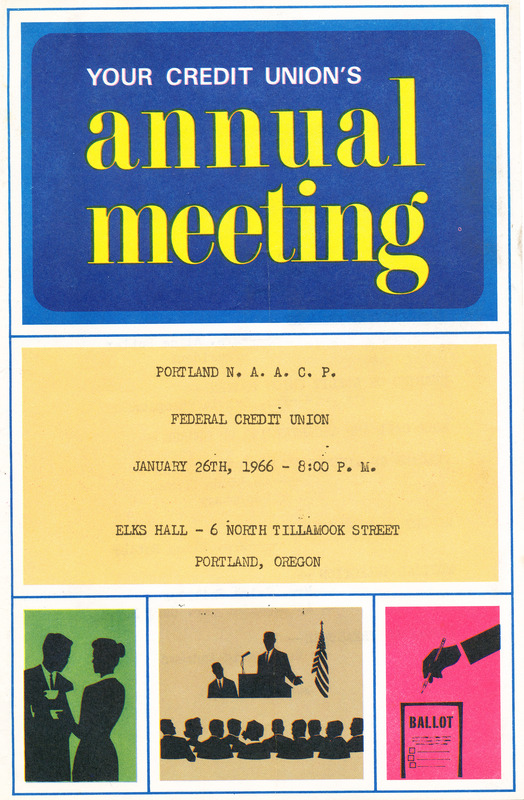 The NAACP credit union afforded community members local control of their finances and a path around racial discrimination in lending and financial services common in branch banking in the mid-twentieth century.  The local branch of the credit union was run out of the Rutherford home.

In addition to roll calls, reports, elections, and refreshments, the program for this meeting included a musical selection by Velma Phillips and Carl Harris, presentations of the 1st and 1000th borrowers, awards, and a special tribute to NAACP Federal Credit Union founder Phil Reynolds. 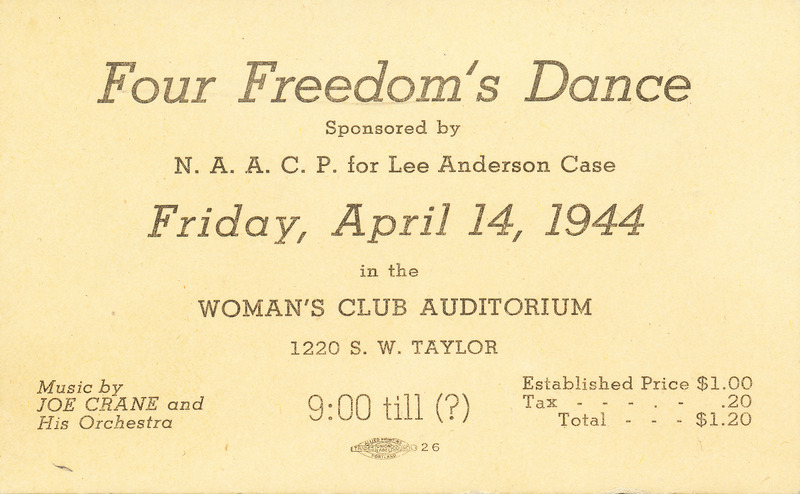 Enormous civil rights energy was unleashed during WWII.  Here Roosevelt’s “Four Freedoms” becomes an emblem for the “Double V” strategy among African Americans—a victory against fascism abroad and against racism at home. The dance shows how the Portland NAACP raised money for its advocacy and legal work as well as built community.