The entire Rutherford family is included in this panorama, including Verdell and Otto, grandfather William, and children Earle, William, and Charlotte. 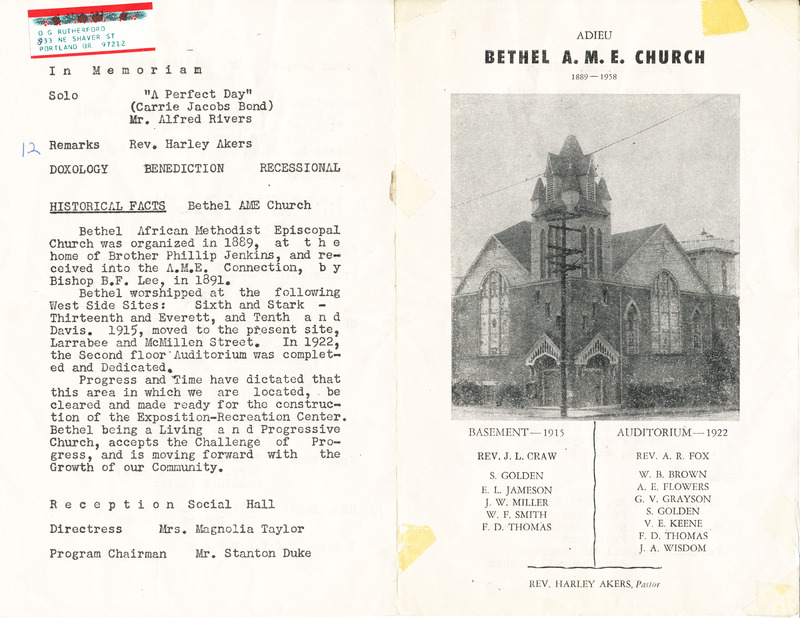 The Bethel AME congregation in Portland dates back to 1889.  The structure pictured in this document was completed in the early 1920s and was located at N. Larrabee Avenue.  This program acknowledges the congregation’s decision, “as a Living and Progressive Church,” to “accept the challenge of Progress” and relocate to NE 8th Street.  The city of Portland purchased the N. Larrabee site in 1958 to complete an urban renewal project, now the site of the Memorial Coliseum.

This memento pays tribute to the role of Dr. DeNorval Unthank in the life of the Rutherford family and larger African American community.  For about 30 years, Unthank was the only practicing Black physician in Portland.  Among his many accomplishments was his admission to the City Club of Portland as its first African American member.  Not only did Dr. Unthank care for Otto Rutherford during this particular hospitalization, he also delivered all three of the Rutherford children.  Verdell also worked as Unthank’s medical secretary for many years. 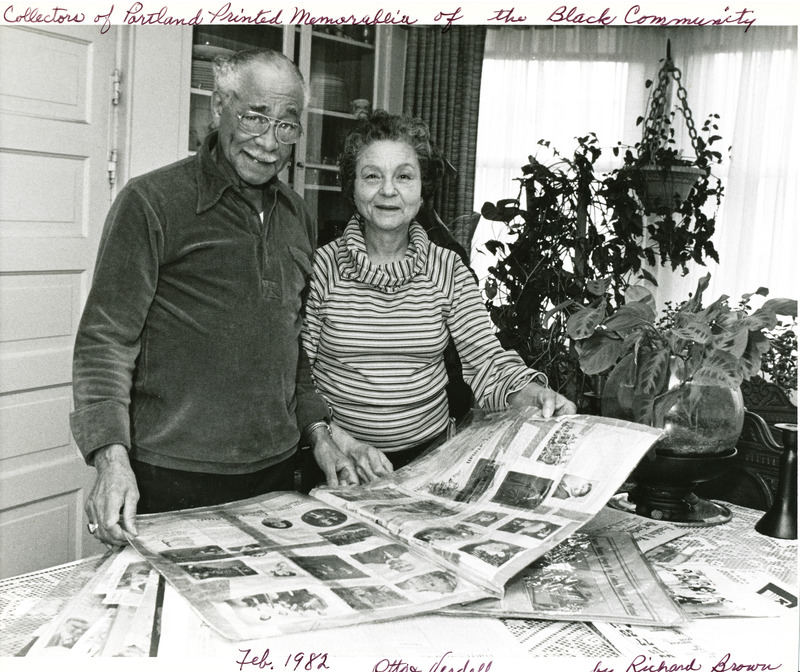 Richard E. Brown, a long-time resident of Portland, is an activist and photographer.