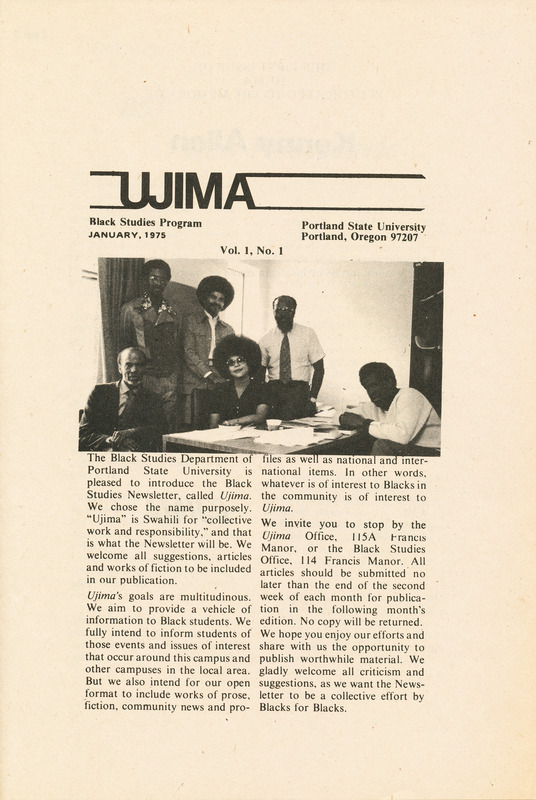 In addition to being a student of the Black Studies Program and an active member of the Black Students Union, Charlotte was also a student editor of Ujima, a magazine published by Black Studies.  These issues include photographs and a description of Portland’s 1974 Kwanza celebration and information on a 1975 panel at Portland State featuring then Mayor of Atlanta, Maynard Jackson, and author Toni Morrison. 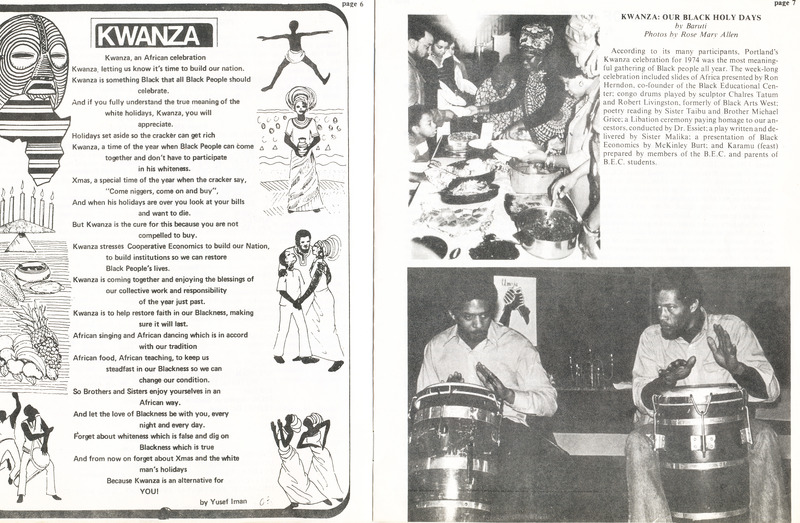 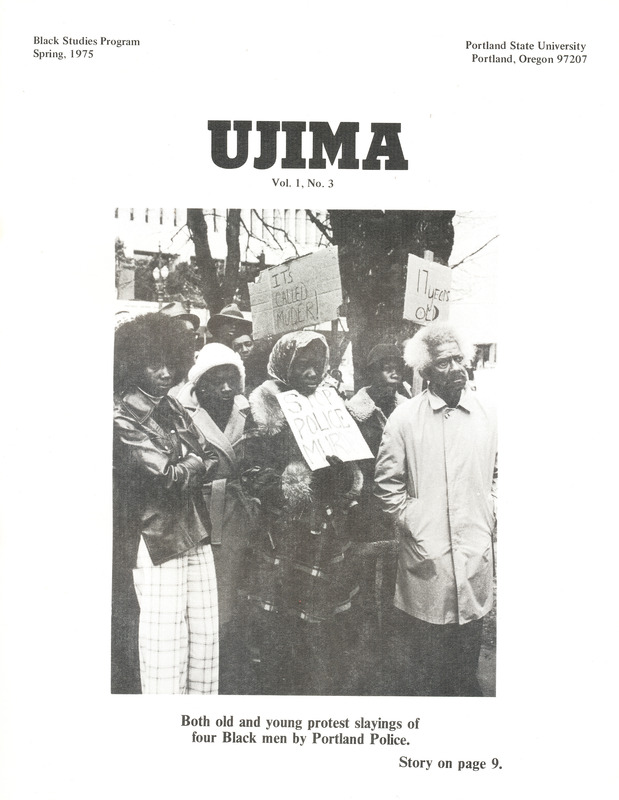 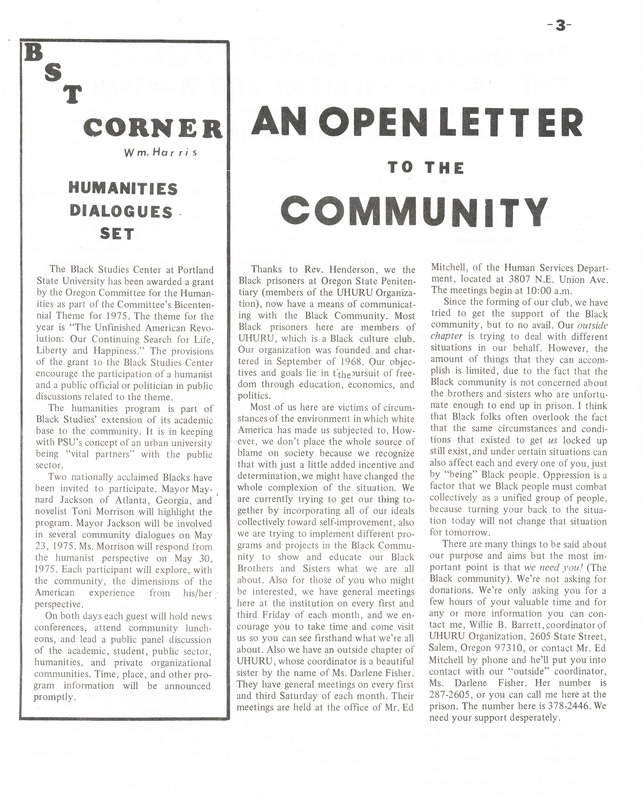 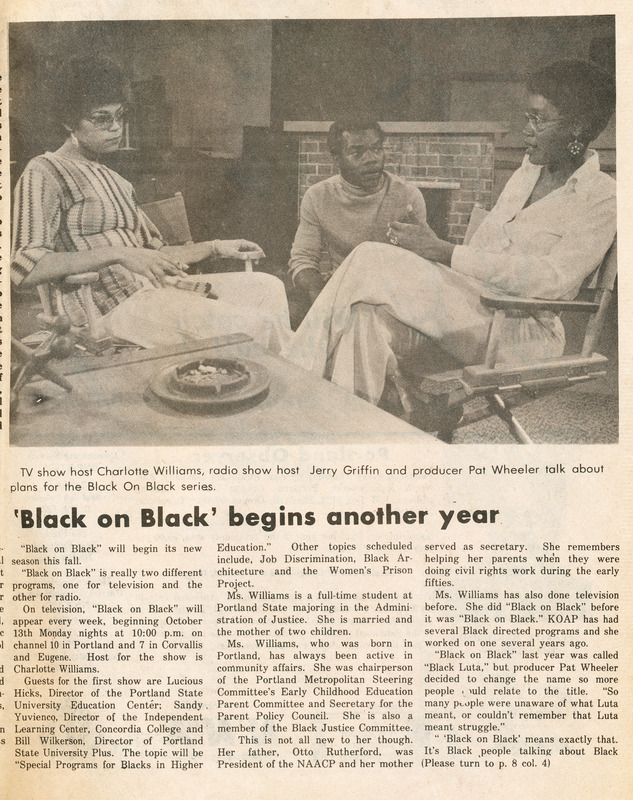 Charlotte Rutherford (then Charlotte Williams) was the television host of “Black on Black,” a show aired by local public broadcasting and focused on “Black people talking about Black people; their problems and solutions.” 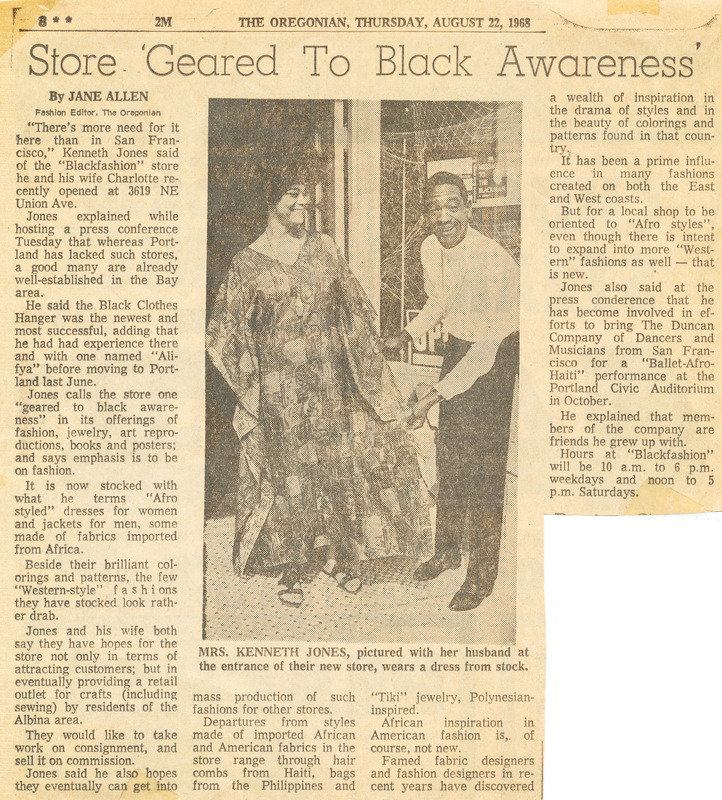 In 1968, Charlotte Rutherford and her then husband, Kenneth Jones, opened their retail store Blackfashion on 3619 NE Union Ave.  In the article, Charlotte and Jones note their hope that the store can also become a “retail outlet for crafts (including sewing) by residents of the Albina area.”