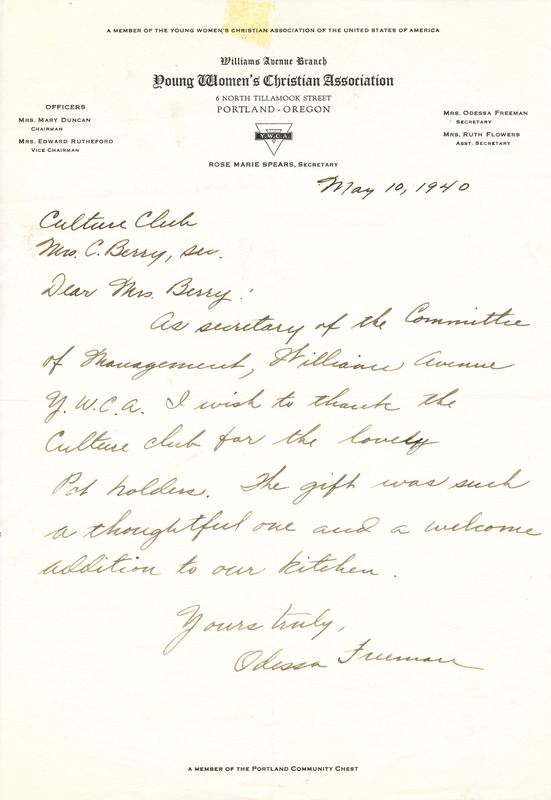 This letter acknowledges the close collaboration between the Williams Avenue YWCA and the Culture Club.  By pooling resources to stock the building’s kitchen, women moved their domestic skills into the public sphere in the community’s interest. 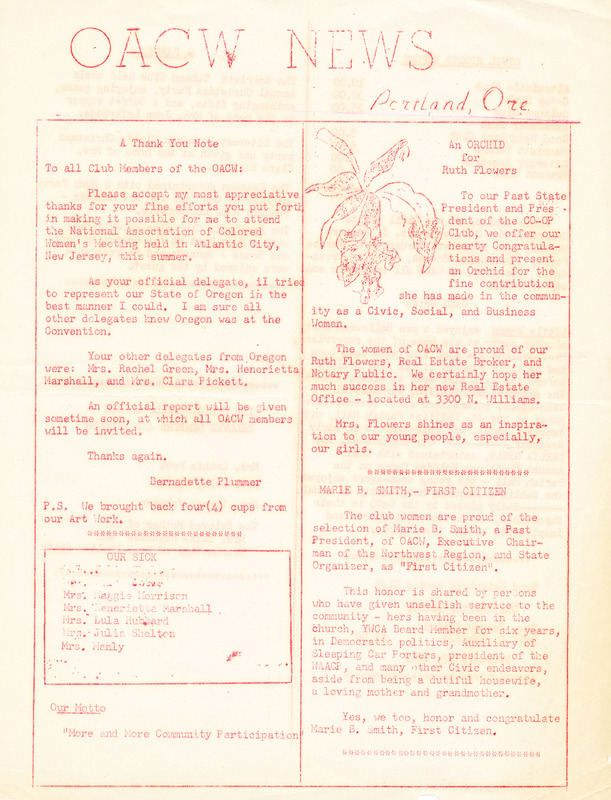 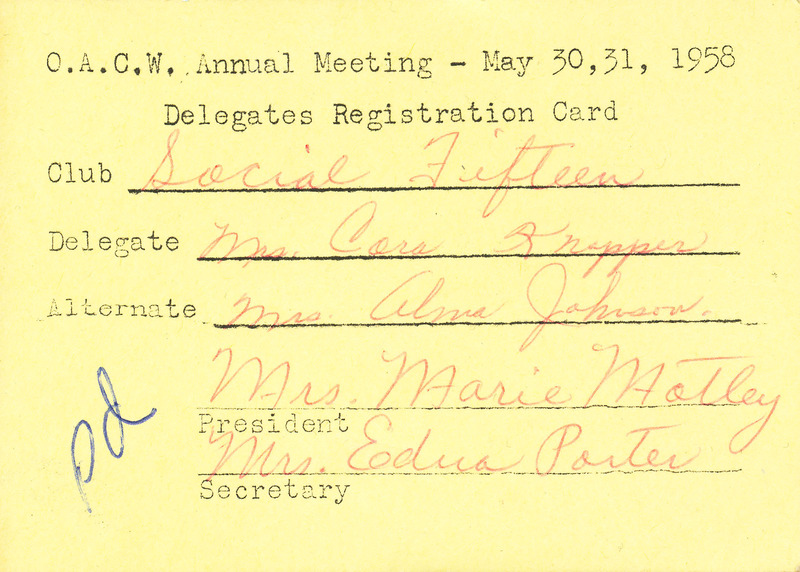 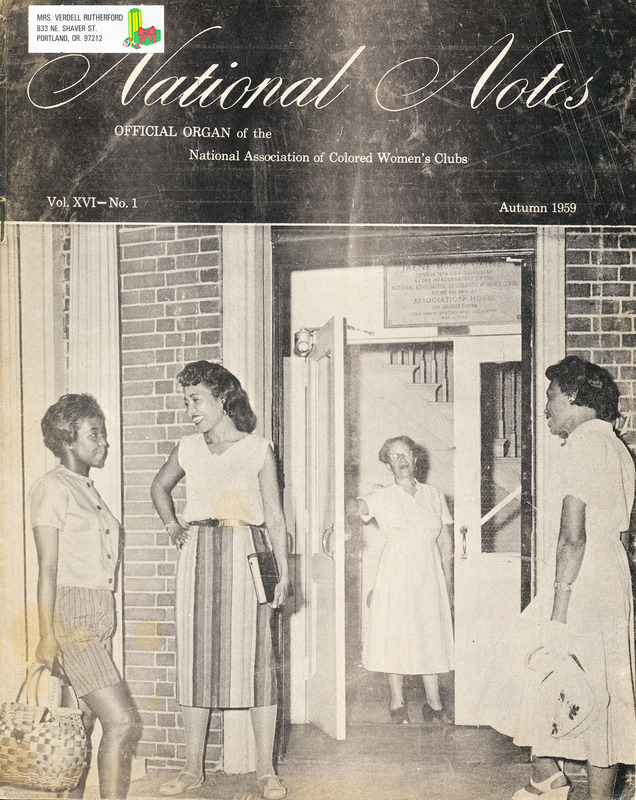 Verdell was a long-time subscriber to the NACW’s publication, National Notes, and took great pride in announcing and publishing Portland women’s accomplishments in its pages, which she then carefully annotated for future readers.  This issue pictured the NACW’s headquarters building in Chicago, named for noted club woman, Irene McCoy Gaines (1892-1964). 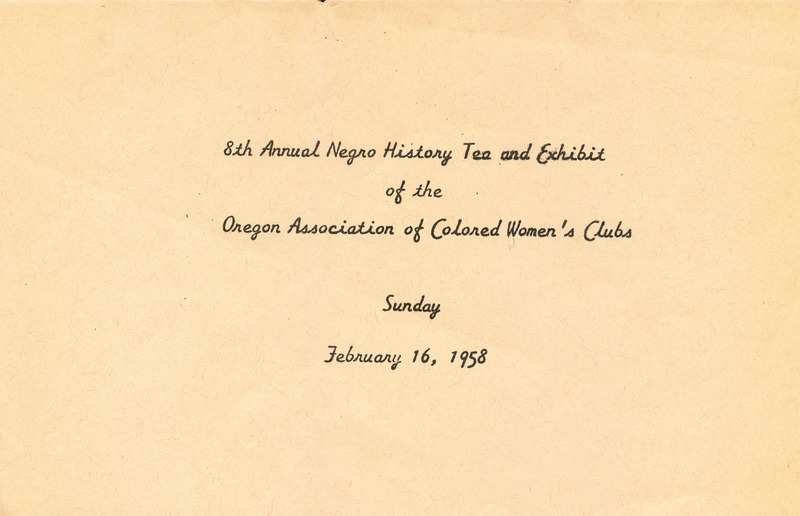 Program of the 8th Annual Negro History Tea and Exhibit of the Oregon Association of Colored Women’s Clubs, 16 February 1958. 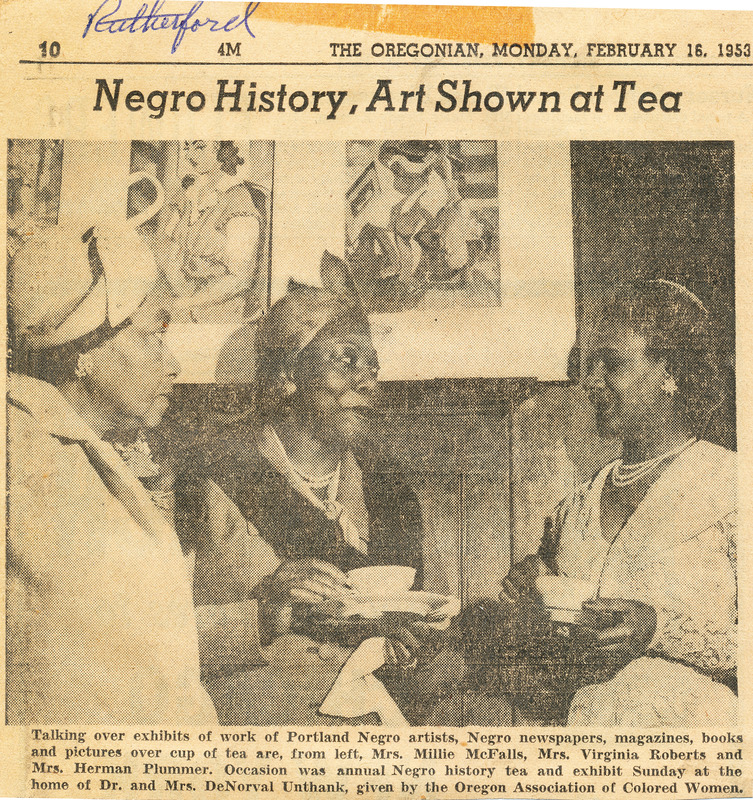 The second week in February contained the birthdates of both Frederick Douglass and Abraham Lincoln and from the 1860s, these dates were marked by African Americans to commemorate the end of slavery.  In 1926, with support from historian Carter G. Woodson and the Journal of Negro History in Washington, D.C., community groups and schools began to advance the notion of “Negro History Week” in February.