Otto Rutherford is seated front and center, holding gavel.  Rutherford served as President, Exalted Ruler (P.E.R.) of Portland's Billy Webb lodge.  Webb was a piano teacher and musician who played with a band on steamships that plied the Willamette River in the 1920s.  Webb had migrated to Portland around 1906 and he and his band members established an Elks organization, initially named the "Enterprise Lodge." 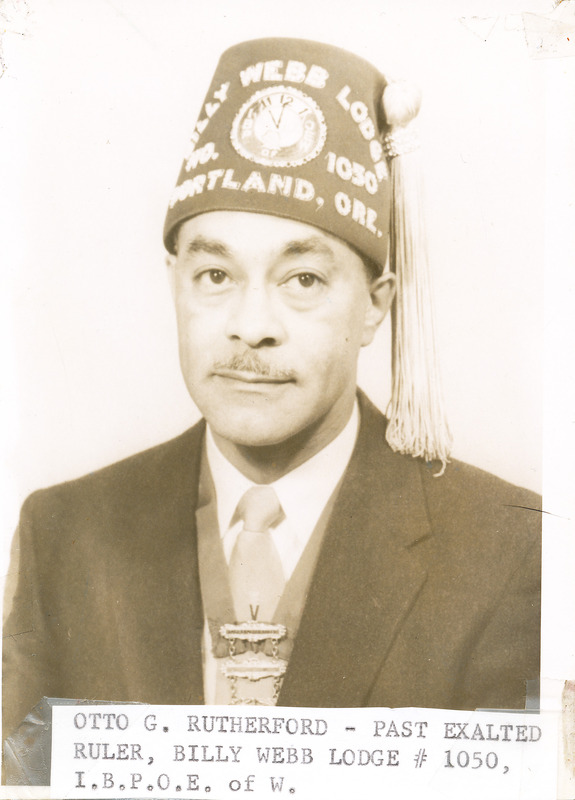 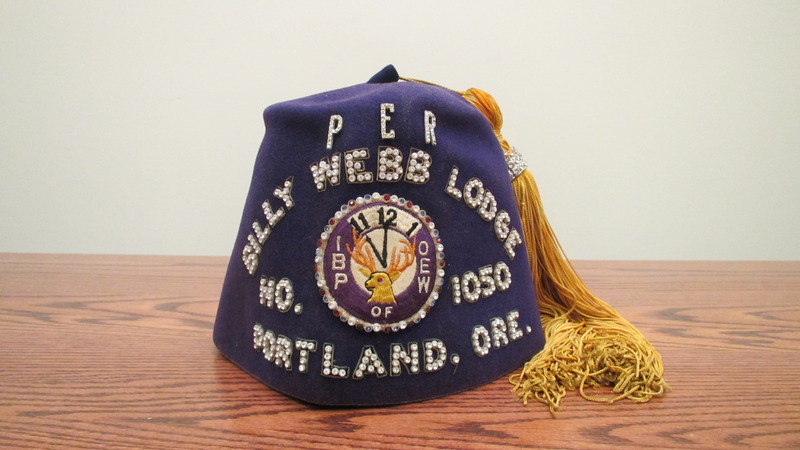 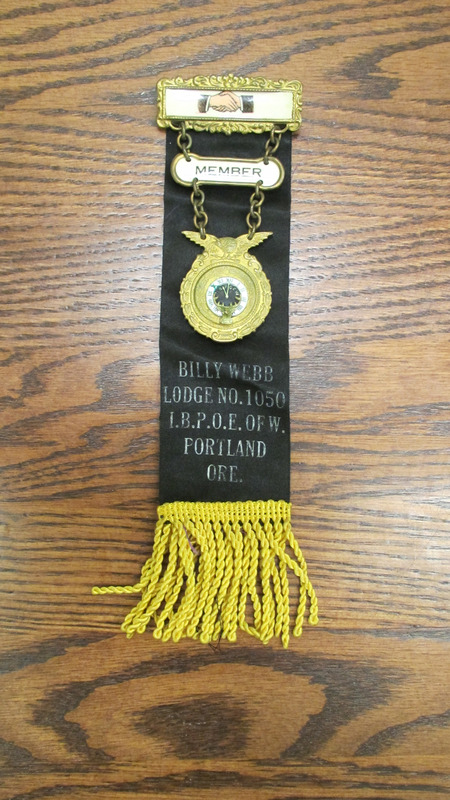 Member pin and ribbon for the Improved Benevolent and Protective Order of Elks (IBPOE).

This pin was worn by Otto Rutherford. Notice image of clock set to 11:00.  The hour was traditionally set during meetings as a commemorative moment to acknowledge anniversaries or other important dates during Elks’ meetings and gatherings. 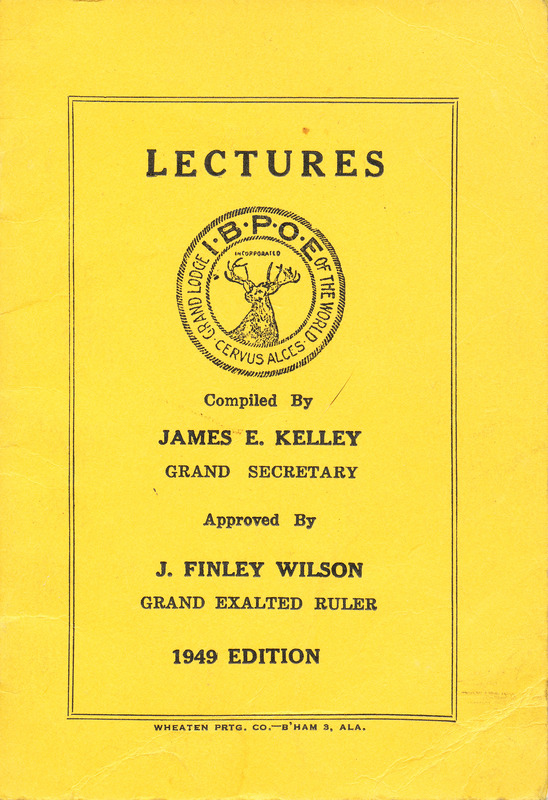 To enter and move up the ranks (or “degrees”) of the Elks required study. Members read various texts, listened to lectures, and mastered history lessons in order to gain the knowledge and competency to lead their fellows. Elks tested and examined each other and in this way, the order offered educational and self-improvement opportunities. 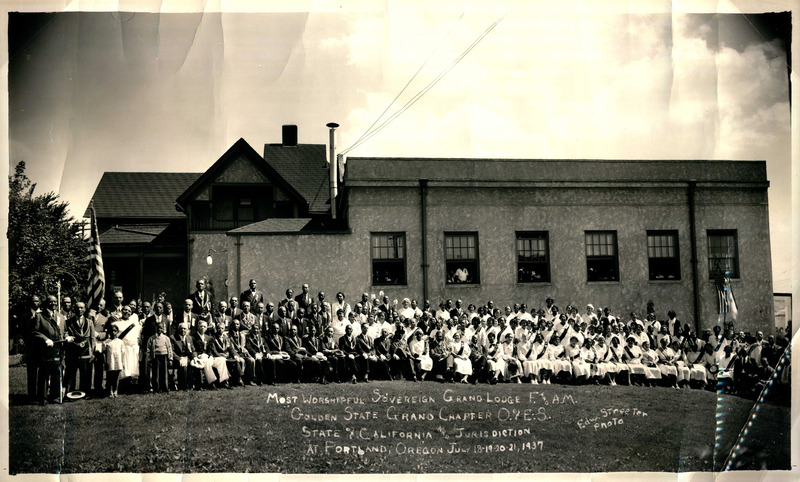 Yearly Masonic conventions were held throughout the Pacific Northwest, and Masons travelled extensively, welcoming, meeting and celebrating other brethren and the opening of additional lodges.   Conventions were also a time to combine resources and create connections and community networks for political purposes. 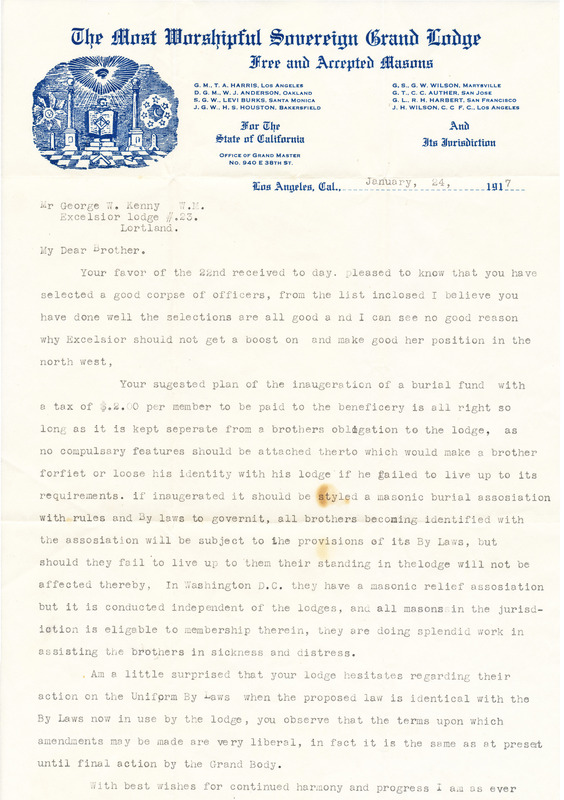 Portland’s Excelsior Lodge #23 was charted under what is now known as the Most Worshipful Prince Hall Grand Lodge of California.  Harris is responding to Kenny’s inquiries on the local lodge’s procedures and plans by placing them in the context of national practice. 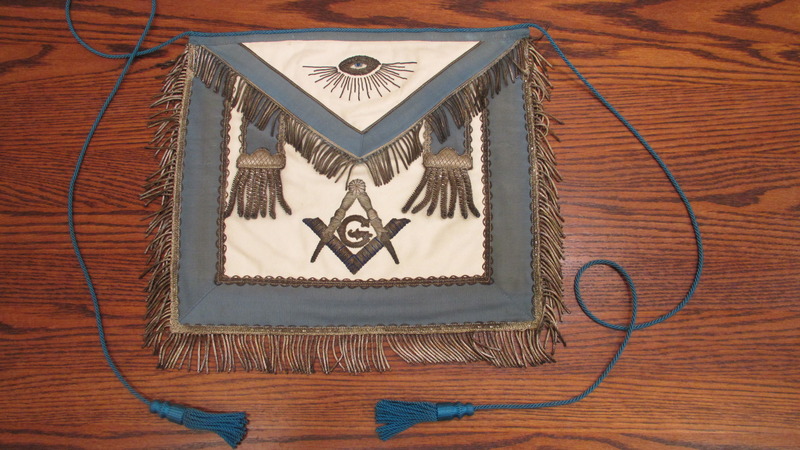