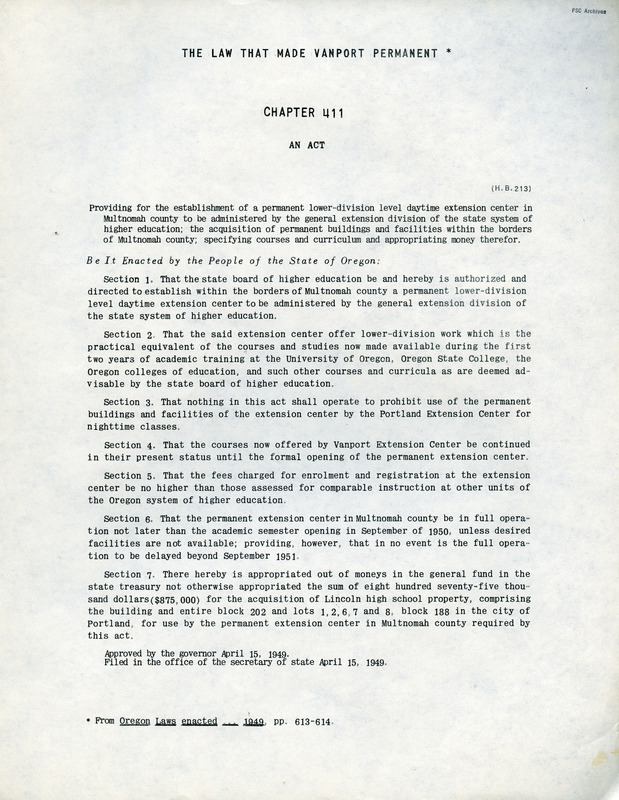 Text of HB213, the law that founded Vanport College as a permanent junior college in 1949.

HB213, also known as the Wilhelm-Logan bill (introduced by Portland Republican representatives Rudie Wilhelm, Jr. and John D. Logan), proposed a permanent extension center in Multnomah county and appropriated $1.2 million for the acquisition of a building, later specified as Lincoln High School in downtown Portland for $875,000.  It was endorsed by the Oregon House of Representatives on April 5, 1949.

Governor Paul Patterson signed HB27, the bill establishing Portland State College as a four-year degree-granting institution, on February 10, 1955.  "The [OUS] chancellor, the state board, and the University of Oregon were unable to deny the logic for creating the urban college" in the state's largest metropolitan area.  Historian Gordon Dodds also notes that at the time, there were no plans to add college student housing to the downtown Portland campus -- a lack that was soon forced to be addressed as the campus continued to grow. 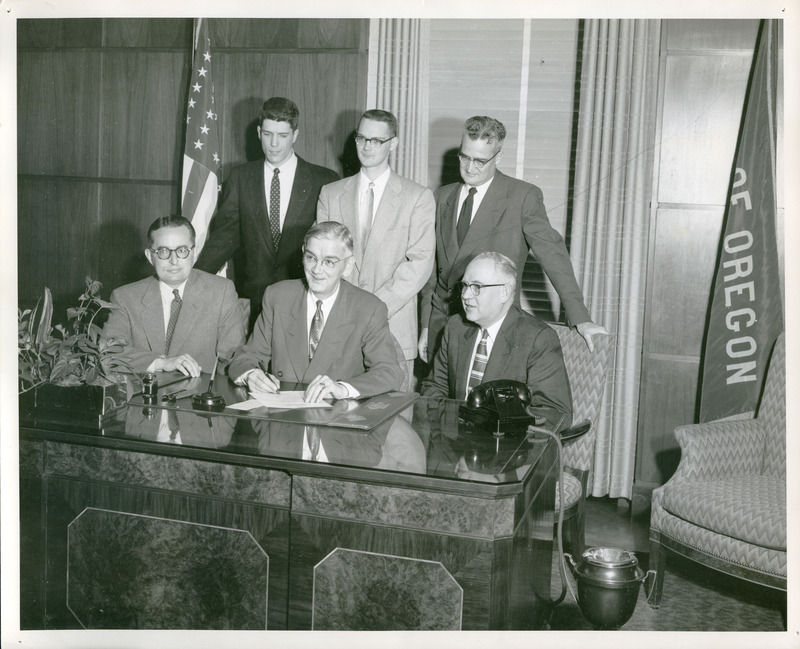 Administrators and legislators pictured at the signing of the bill that would establish Portland State College in 1955.