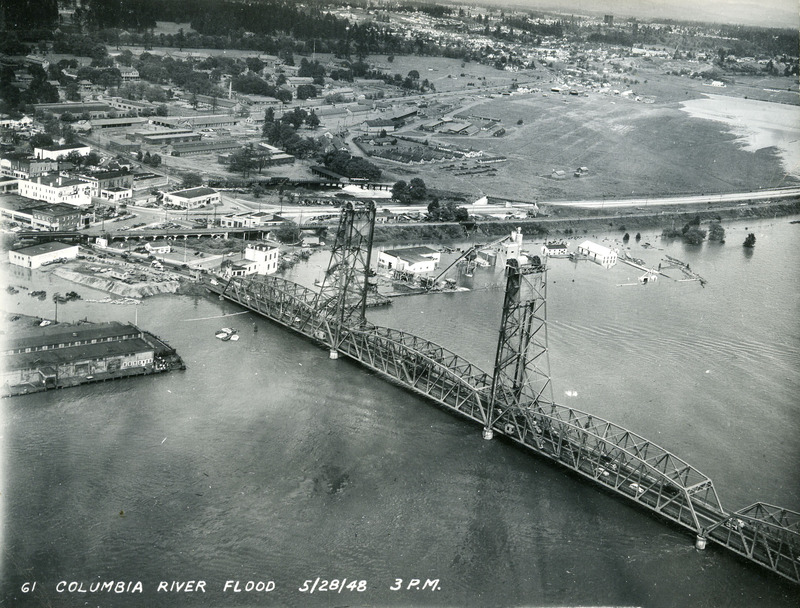 The Interstate Bridge between Portland and Vancouver.

The Interstate Bridge flooded as early as May 20, 1948, and the access road beneath the bridge was covered in 3 1/2 feet of water. 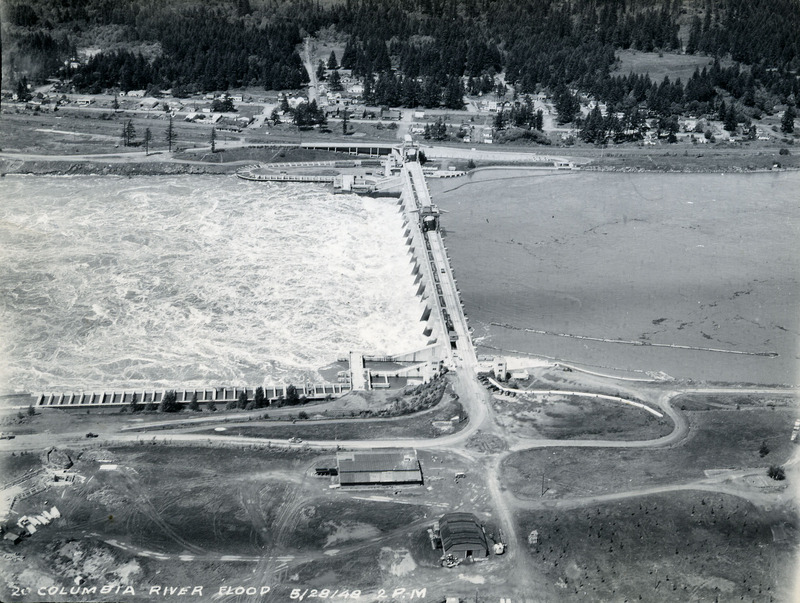 The Bonneville Dam, east of Portland on the Columbia. 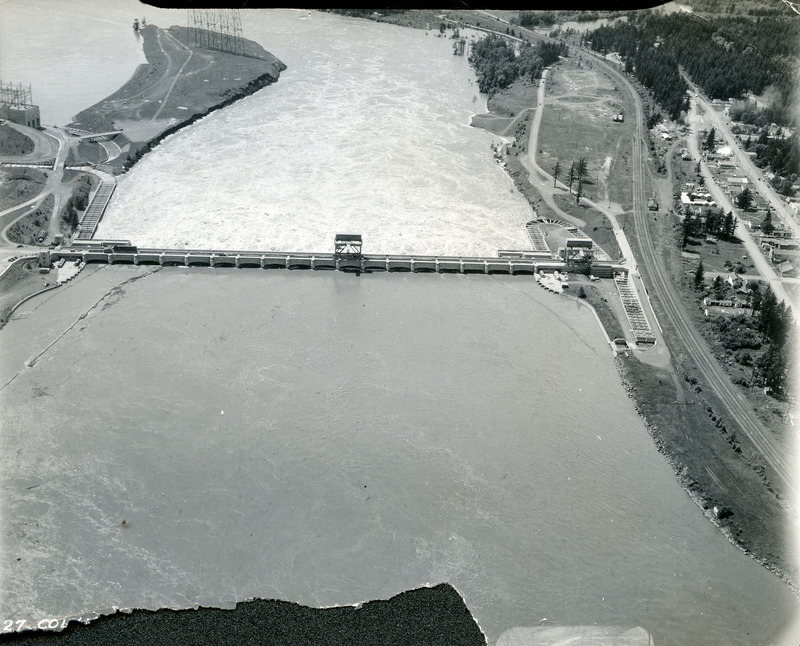 Another view of the Bonneville Dam. 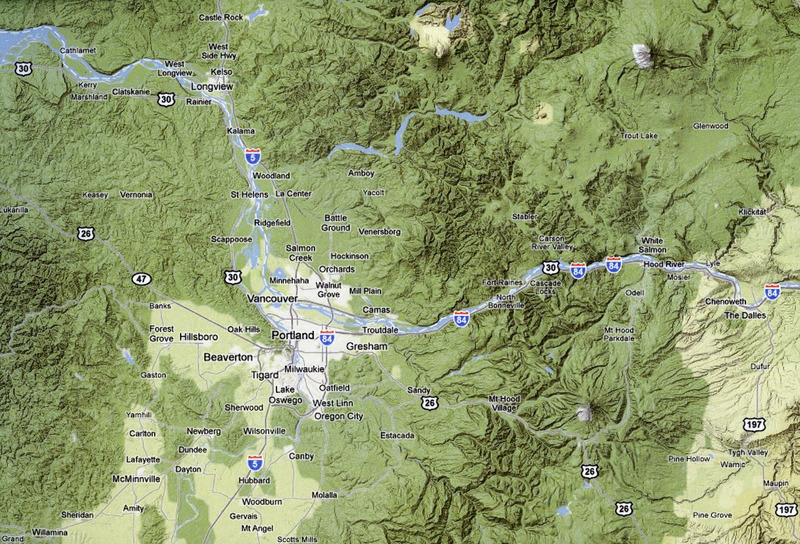 A modern topographical map showing the river region affected by the 1948 flood.

By May 27, 1948, 20,000 acres of land around Portland and Vancouver were flooded.  Businesses in the area of Washougal, Camas, Vancouver, and Ridgefield, Washington were shut down.

The Columbia River Highway was cut off between Cascade Locks and Hood River.

In Kennewick and Richland, Washington, more than 1000 families were driven from their homes.  250-300 families in Oak Park and 50 families in Vancouver were forced to evacuate.  In Portland, 18 families were evacuated from Miles Street, which borders the Willamette River in the southwest.  Several other families were moved away from low areas.  The Red Cross made a radio and TV appeal to families who were relocating to register their moves with the Red Cross.  Shipyards continued to be closed.