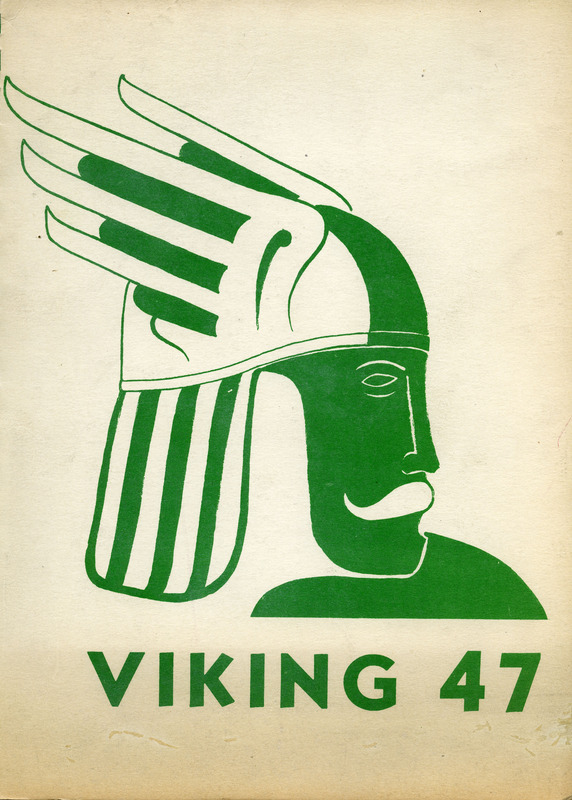 The front cover of the 1946-47 Vanport Viking annual, with a graphic of a Viking helmet in the school's traditional colors (green and white). 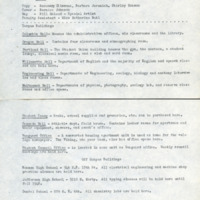 Pages from the 1947-48 Student Handbook explaining the locations of essential buildings on campus.

The Vanport Student Handbook was a modest publication, typewritten and mimeographed on plain white paper, with a hand-drawn map of campus showing its major roads and buildings. 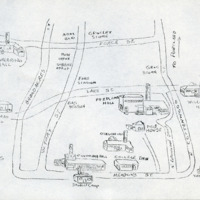 But the Handbook, composed by members of the Associated Women Students, was also a meticulously comprehensive guide to all things collegiate at Vanport, from the locations and functions of all its academic buildings, to the best clubs to join according to your academic interest, to proper attire at formal and semi-formal dances.

The student staff of the Viking yearbook shared office space in a converted apartment building with the staff of the school newspaper, the Vanguard (originally named the Vet's Extended).  The Viking was produced annually between the school's initial year in 1946 until the spring of 1978, with some recurring issues in the early to mid-1990s.  The Vanguard has been published continuously since 1946, first printed weekly, then daily, to semi-weekly in 2012-13.