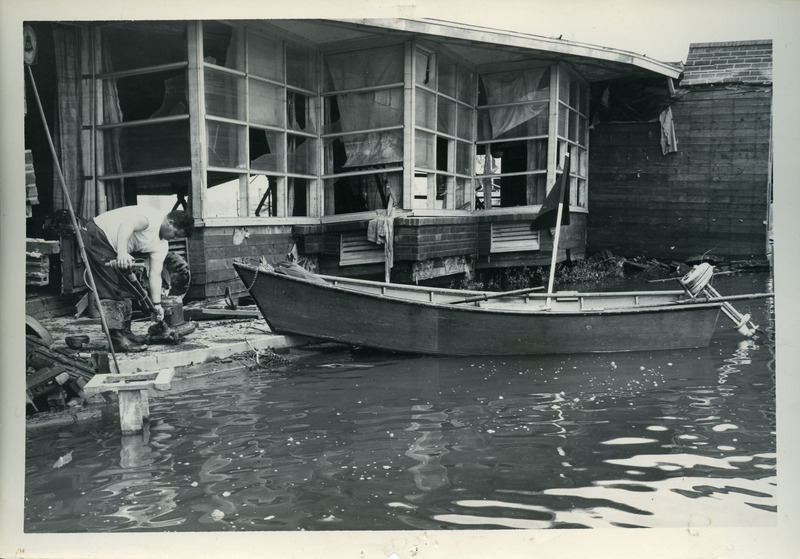 In addition to what was here, he managed to rescue $100 worth of football helmets and shoulder pads whose foam padding kept them afloat. 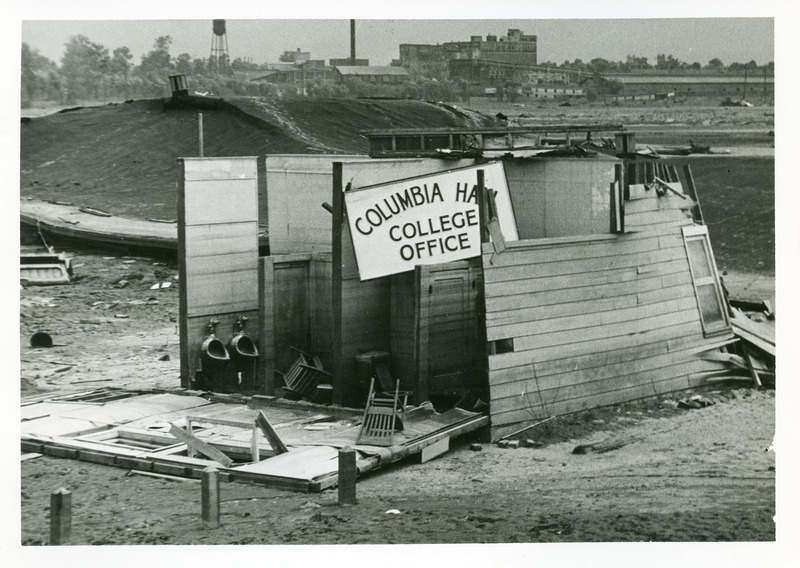 The remains of Columbia Hall, which had housed the library and adminstrative offices, after the flood receded.  "Almost nothing was saved."

College founder and director Dr. Stephen Epler recalled, "Many students carried on rescue work, traffic direction, and first aid.  One of the students carried or led to safety a dozen people, three of them invalids who had given up hope of escape, two elderly women too frightened or sick to wade out, and children who, separated from their parents, were unable to keep ahead of the onrushing water. ... The death toll would have been much higher had it not been for the valiant work of the college students." 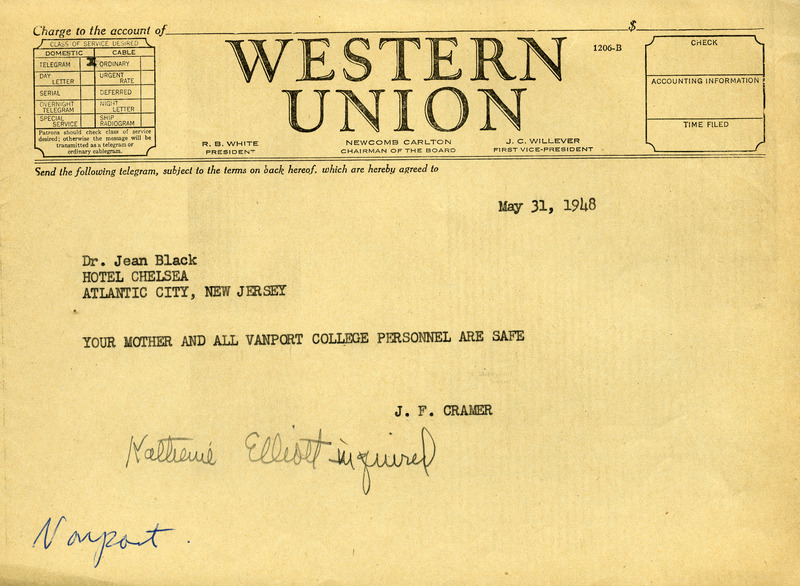 A telegram sent to Dr. Jean Black, head librarian, who was attending the American Library Association conference in New Jersey at the time of the flood.

The library catalog was saved by being loaded into a bus, but what remained of the collection were three books that Dr. Epler found afloat in the water: "a history of England, one on the mathematics of investment, and another on personal health," and 92 others that were checked out. 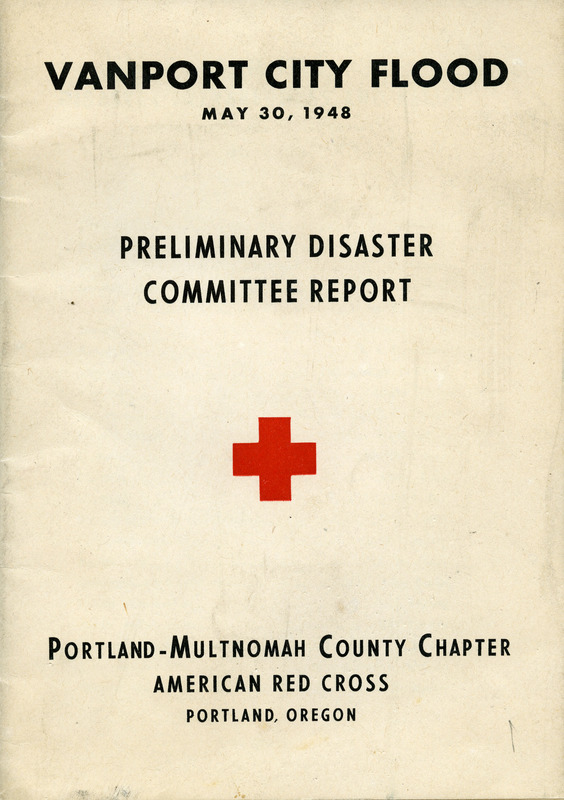 The disaster report issued by the Multnomah County Red Cross.