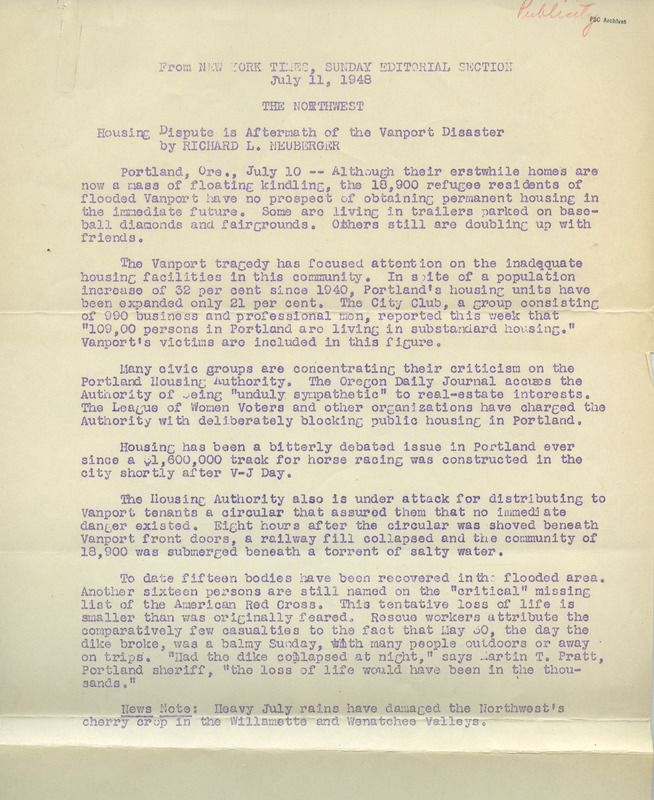 Tens of thousands of people were displaced by the flood, turning the post-war housing shortage into a full-fledged housing crisis.  Low-income families, veterans, and minorities were among the former residents of Vanport who found themselves without permanent homes.  The crisis was addressed in the summer of 1948 by the national press, including Richard L. Neuberger, who contributed an article for the Northwest section of the New York Times discussing the tragic consequences for Vanport residents and the fallout of criticism directed at the housing authority in Portland.

Neuberger went on to serve as U.S. Senator from Oregon between 1955 and 1960.  One of Portland State University's current flagship buildings, Neuberger Hall, was named for him in 1972. 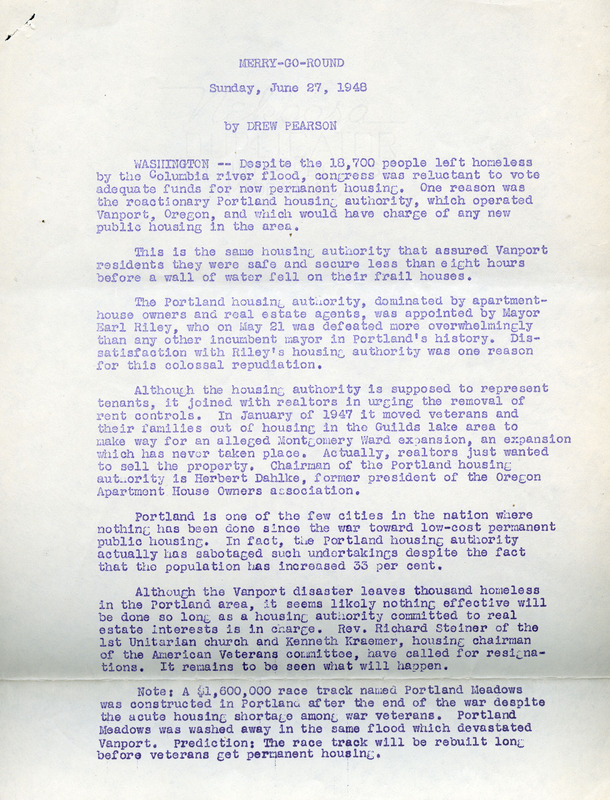 "Merry-Go-Round," an editorial by Drew Pearson on June 27, 1948, addressing the Vanport housing crisis that followed the flood.

Syndicated columnist Drew Pearson decried the "reactionary" Portland housing authority and accused it of "sabotaging" efforts to fund and provide adequate permanent housing for the enlarging population of veterans.  Prophetically, Pearson added, “Note: A $1,600,000 race track named Portland Meadows was constructed in Portland after the end of the war despite the acute housing shortage among war veterans.  Portland Meadows was washed away in the same flood which devastated Vanport.  Prediction: The race track will be rebuilt long before veterans get permanent housing.”