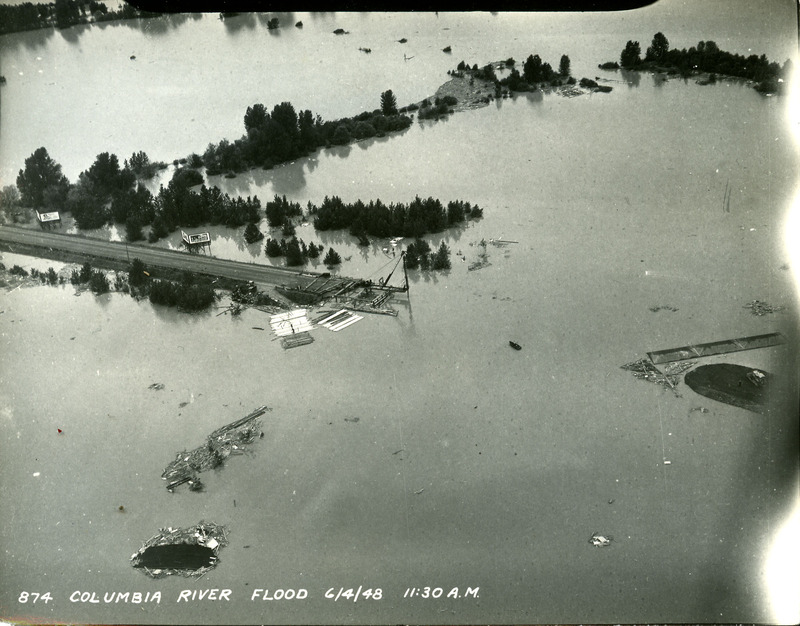 Monday, May 24, 1948:  The Red Cross received its first request to assist in evacuating a family from flooded lowland bordering the Columbia Slough.  At this time, the U.S. Weather Bureau reported that within the week the river, then at 21 1/2 feet, would crest at 30 feet, thereby reaching the upper limits of the dirt dike near Vanport City and several other critical points in Vancouver.  Based on this prediction, by May 31st there would be a freeboard (the amount of space above flood level) of 2 1/2 feet near the Portland Yacht Club (NE Marine Drive) that would endanger the area from Union Avenue (now MLK Jr. Blvd.) to Troutdale -- a distance of about 10 miles and containing 600 homes.  The dike west of Vanport would have a freeboard of 2.9 feet. 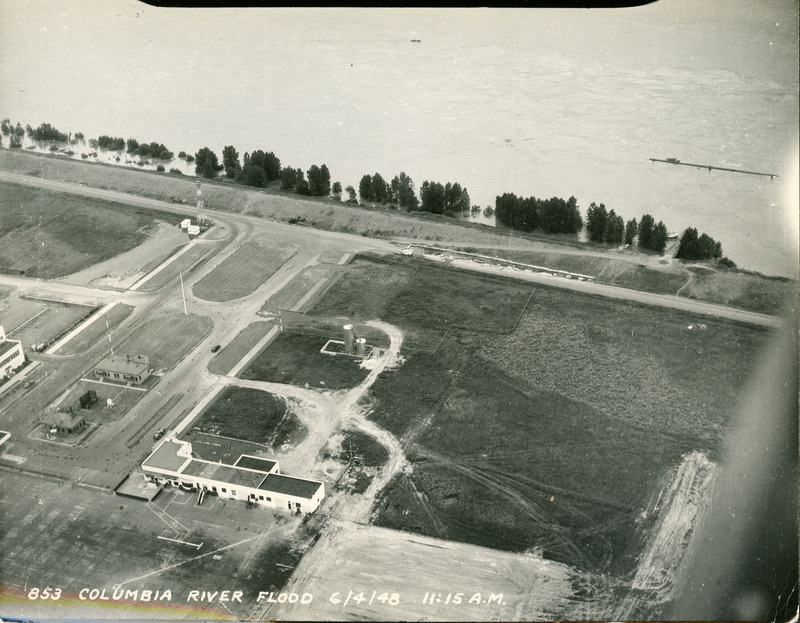 Tuesday, May 25, 1948:  A man from Linton drowned in an attempt to row out to his houseboat.  The Portland Yacht Club's lawn and parking area flooded, though vessels remained safe.

On Sauvie Island, roads and pastures on the lower end were flooded, with hundreds of additional acres in danger.

In Vancouver, flood waters stranded residents and filled the lower part of the Vancouver airport. 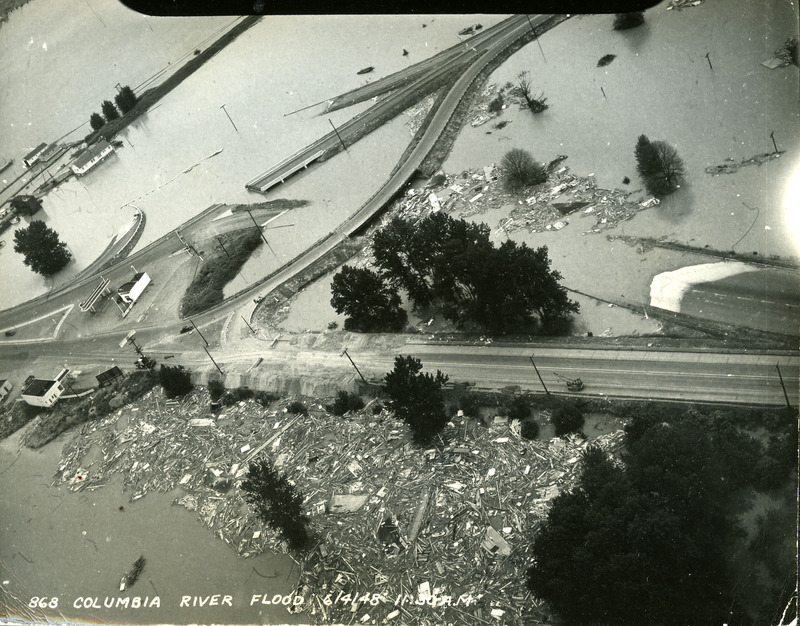 Wednesday, May 26, 1948:  Flood damages were estimated at $500,000 and growing.  Telephone and power company workers remained busy in the Portland metro area, restringing telephone wires and disconnecting electrical power.  The railroad in North Portland flooded, causing an estimated $50,000 in damages.  In Vancouver, the shipyards were partially submerged and a Coast Guard dock completely flooded.  In Underwood, Washington, a truck driver was killed when his truck and trailer hit an undermined section of highway and plunged into the swollen river.