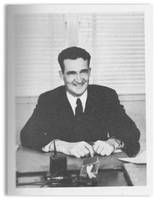 The Servicemen's Readjustment Act of 1944, commonly known as the GI Bill, was created to head off a potential social and economic crisis.  How would the country reintegrate millions of unemployed former soldiers into civilian life?  By helping veterans go to school, buy homes, and start businesses, the GI Bill expanded America's middle class and transformed the country.

The GI Bill provided a number of benefits to veterans returning home, including help finding work, low-cost mortgages and business loans, and "mustering out pay" of $300 upon leaving military service.  The bill also provided up to $500 tuition per year for college or vocational training, plus a stipend for living expenses, for up to four years. 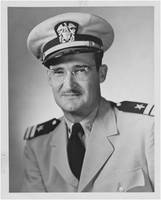 World War II Navy veteran Stephen Epler worked for the Oregon State System of Higher Education (OSSHE) as a counselor at the Veterans' Village at Vanport, helping other veterans find school placement and housing.  Oregon's colleges and universities were already overcrowded and could not provide appropriate housing for married veterans, many of whom had children.  Epler proposed setting up a temporary OSSHE extension campus at Vanport to serve those veterans.

"An educated citizenry is the foundation of democracy.  The GI Bill of Rights is perhaps the greatest advancement American democracy and education have made in this century.  Vanport College, with its ninety per cent veteran enrollment, is a direct result of this forward step."  -- Stephen E. Epler