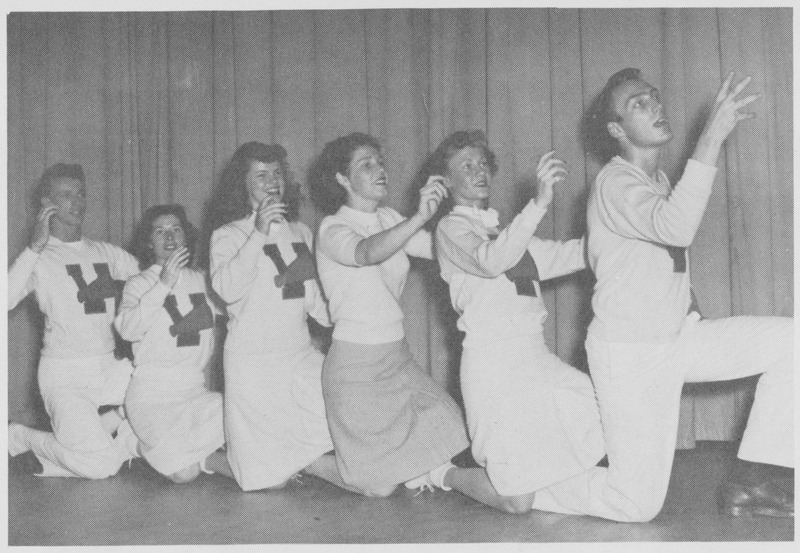 Here's To The Vikings  (to the tune of the Coast Guard's Semper Paratus):

O, here's to the Vikings' fighting might
With banners flying high
Through thick or thin, we're sure to win
We'll leave them high and dry. 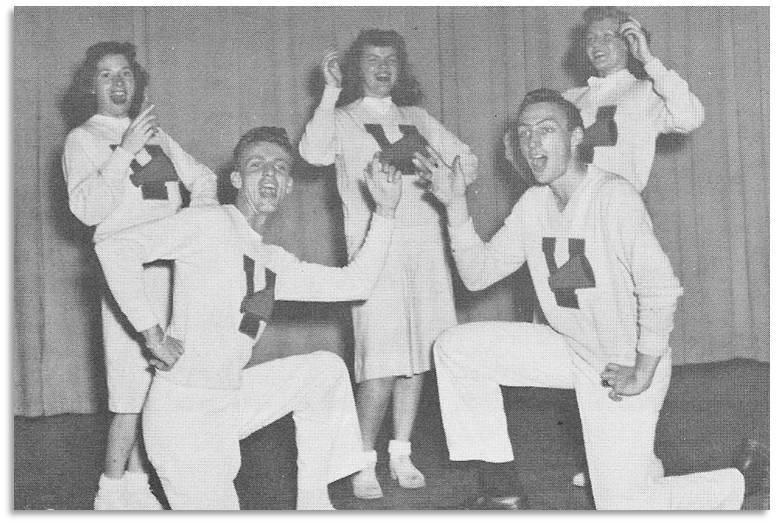 One of several songs and chants sung by the Rally Squad and students at sporting events. 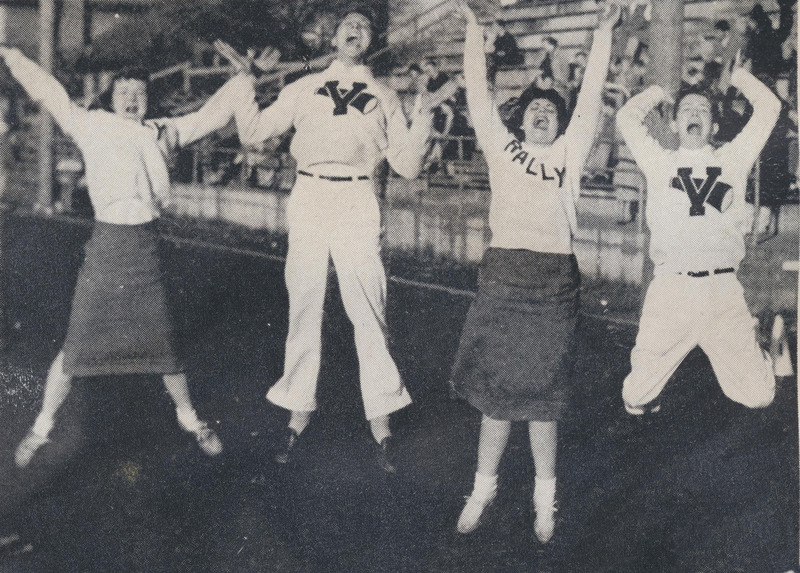 "The Viking rally squad [1947-48 season].  These folks deserve only the highest praise.  Their yeoman work in supporting a team that was generally the underdogs is most commendable.  Pictured left to right are: Ellie Heatherington, Don Veazie, Dot Reed, and Dick Bixler.  Not pictured is Kaye Kellems, who was with the squad for the better part of the year.  The squad's sense of loyalty was far in excess of their numbers.  We may credit them with a unique sense of invention and originality that was shown on several occasions."  (From the 1948 Viking)