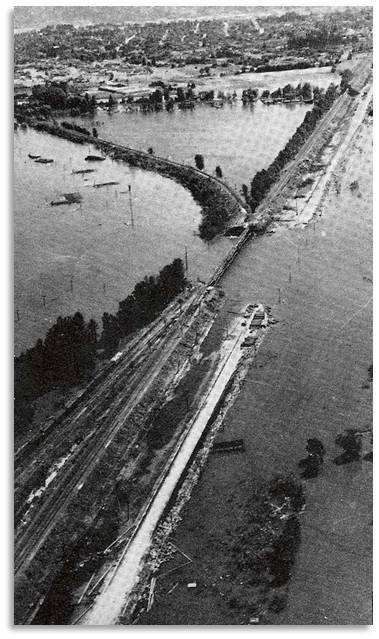 On the afternoon of May 30, 1948, after days of surging water levels from a sudden spring thaw coupled with heavy rain, a railroad dike failed, allowing floodwaters to inundate Vanport College and its surrounding area.  While fatalities were fortunately low, with 15 confirmed victims, the flood immediately and  permanently displaced the college and the 18,500 residents of Vanport city.

While city officials were criticized for their slow response to the needs of displaced residents, the administrators of the college acted quickly to find temporary sites to keep the school up and running.  Ultimately, the school found its new home in Lincoln High School in the South Park Blocks in downtown Portland; in time the college would become Portland State University.

The university's footprint was expanded in the city when the surrounding area became part of a major urban renewal project.  Portland State University now has the largest enrollment of any university in the state.