The Student Body and Student Government 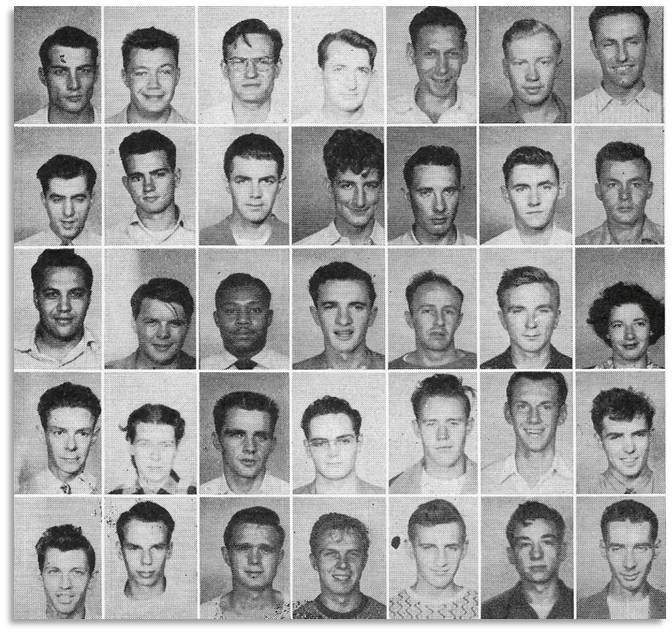 Returning men and women veterans and other students were served by the new college.  Of the 221 students enrolled in the first term of summer 1946, eight were women.  While not diverse, the student body grew to 1500 in the school's second year and included seven Chinese-Americans, eight Japanese-Americans, eight African-Americans, and 119 women. 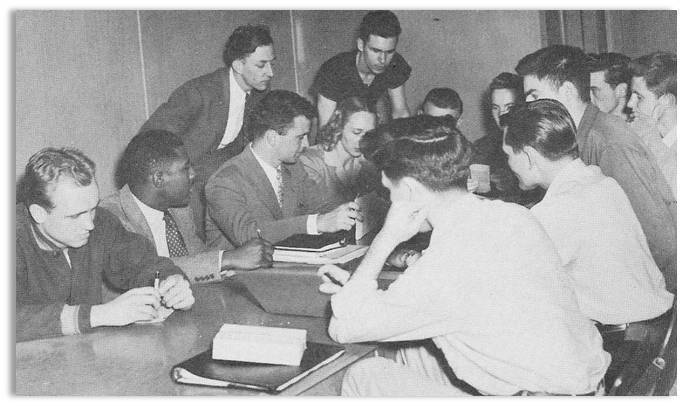 "The Student Body Council in Action"

A meeting of the Vanport student council during the 1946-47 school year, pictured in the Viking annual. 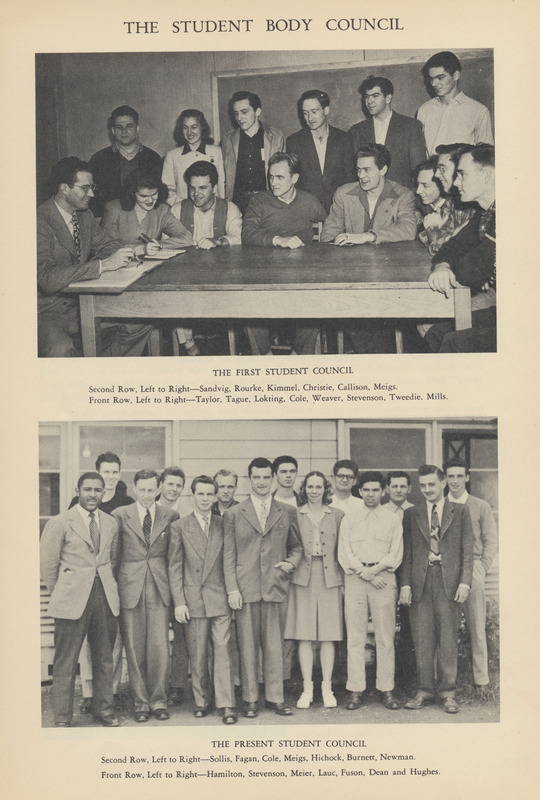 The Viking's group photos of the student council members during 1946 and 1947.

"With the coming of the fall term [1946] and a vastly enlarged student body, there was soon a movement afoot to organize a regular student government.   Mr. Holland, at that time director of student recreation, called a meeting of students interested in forming a student government...

"Having been approved by the student body after a limited debate over the number of council members, the constitution of the Associated Students of Vanport College came into effect.  Elections for positions on the council were held and student government began to function in mid-November."  [From the 1946-47 Viking]