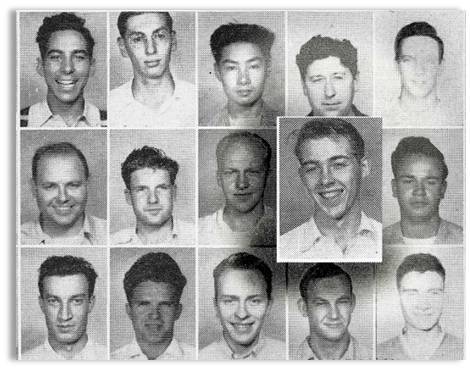 A selection of student photos from the 1948 Viking annual.  Highlighted is Gerald G. Linderman, a veteran and student from Vanport College's inaugural year.

Vanport College began holding classes in the summer of 1946.  The center was intended as a short-term feeder program which would allow students to begin their education and later transfer to schools like Oregon State University and the University of Oregon.  There were 221 students, almost all of them military veterans, registered in June 1946 for the first term at Vanport.  By the fall, enrollment had jumped to 1410 and the numbers continued to climb, with 1521 students registered for winter term. 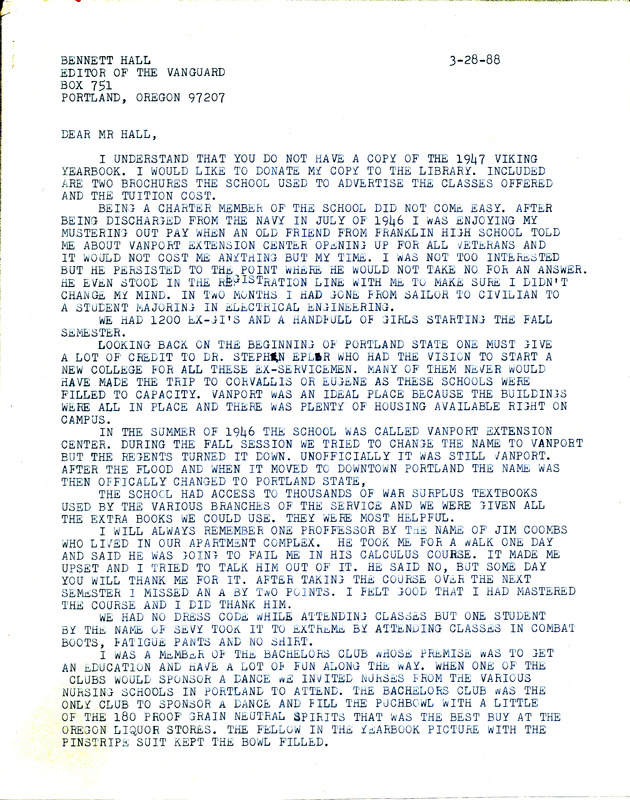 "Being a charter member of the school did not come easy.  After being discharged from the Navy in July of 1946 I was enjoying my mustering out pay when an old friend from Franklin High School told me about Vanport Extension Center opening up for all veterans and it would not cost me anything but my time ... In two months I had gone from sailor to civilian to a student majoring in electrical engineering." 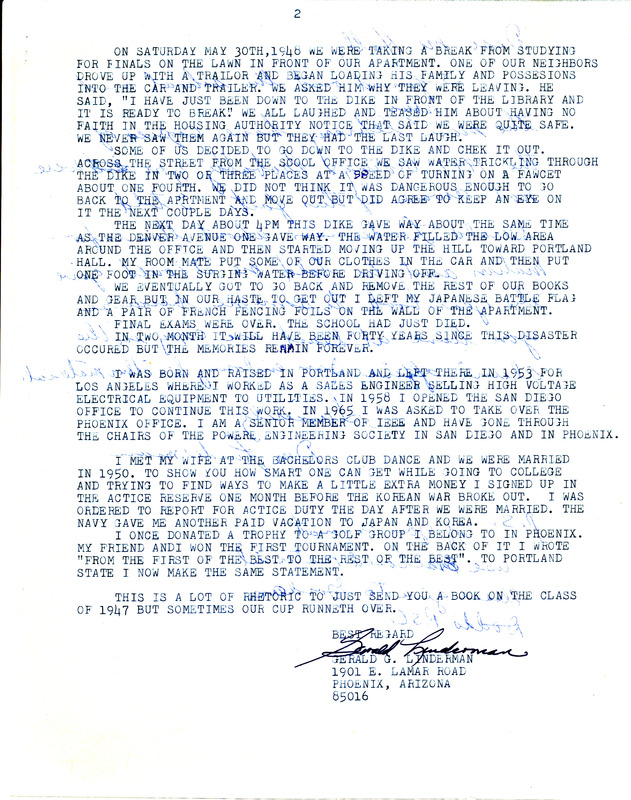 Letter from Gerald Linderman, former Vanport student, to the Vanguard in 1988.

"Looking back on the beginning of Portland State one must give a lot of credit to Dr. Stephen Epler who had the vision to start a new college for all these ex-servicemen.  Many of them never would have made the trip to Corvallis or Eugene as these schools were filled to capacity.  Vanport was an ideal place because the buildings were all in place and there was plenty of housing available right on campus." 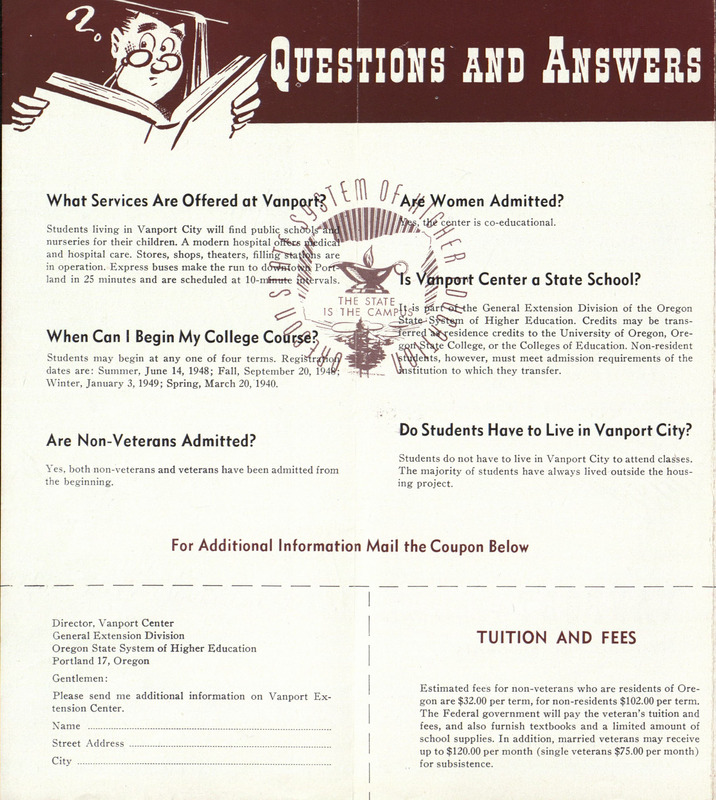 The benefits for veterans enrolling at Vanport are listed in the informational question and answer section of thispromotional brochure.  Tuition and fees for veterans were covered by the federal government as were the costs of textbooks and some school supplies.  Enrolled veterans were also eligible for subsistence funds of up to $120 for married students and $75 for single students.