The Vet's Extended & the Vanguard 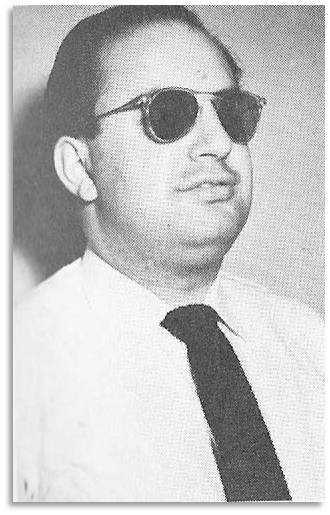 Don Carlo, a blind veteran, served as the first editor of the student newspaper, Vet's Extended.  His associate was John Sandvig, and Frank Roberts, the head of the English department, was faculty adviser. 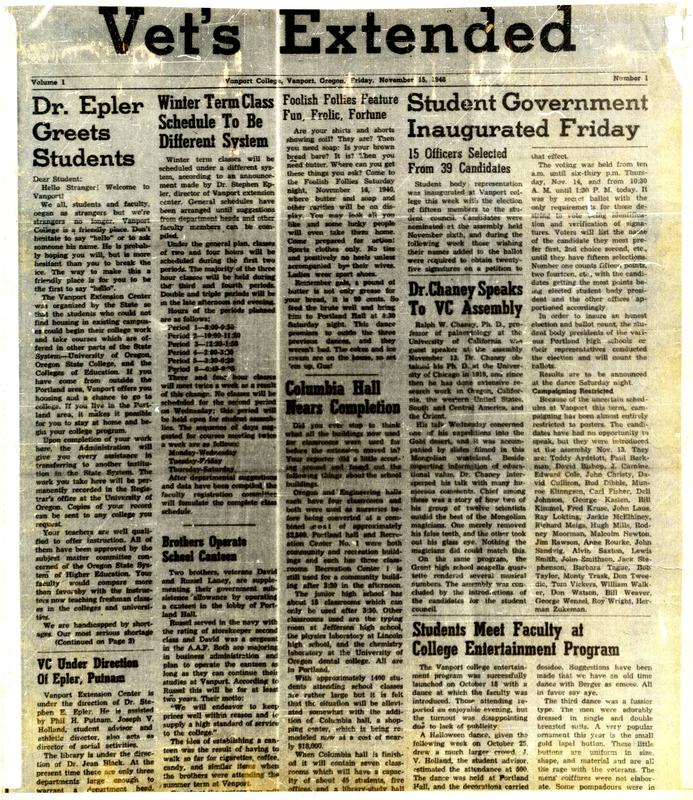 Front page of the Vet's Extended in 1946

"On November 15, 1946, the first issue of the weekly paper was printed under the temporary title, Vet's Extended.  With the beginning of the winter term, the name was changed to Vanguard -- a suggestion from Vaughn Albertson of the English department." 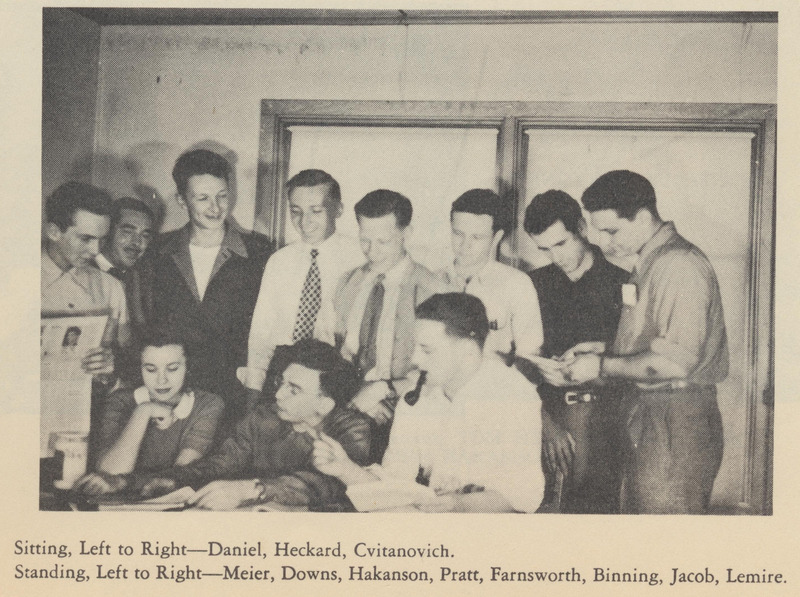 "Due to the heavy class schedules on the part of most Vanport students, the newspaper was continually facing the problem of maintaining a complete staff.  In spite of such handicaps, however, the Vanguard continued to make its appearance every week."  [From the 1946-47 Viking] 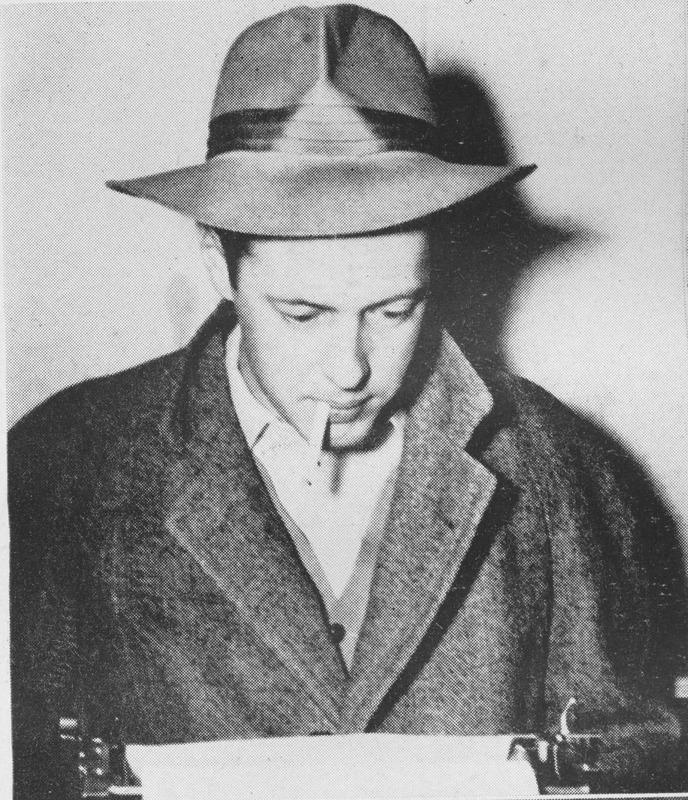 "Beset by labor shortage, cramped for news space, and besieged by publicity hounds, the paper was occasionally sparked by rare glimpses of literary genius and was fortunate in having on its staff writers who could leaven the lump of last week's news, which had a deplorable talent for becoming common knowledge before reaching the presses."  [From the 1947-48 Viking]