An End to a Way of Life 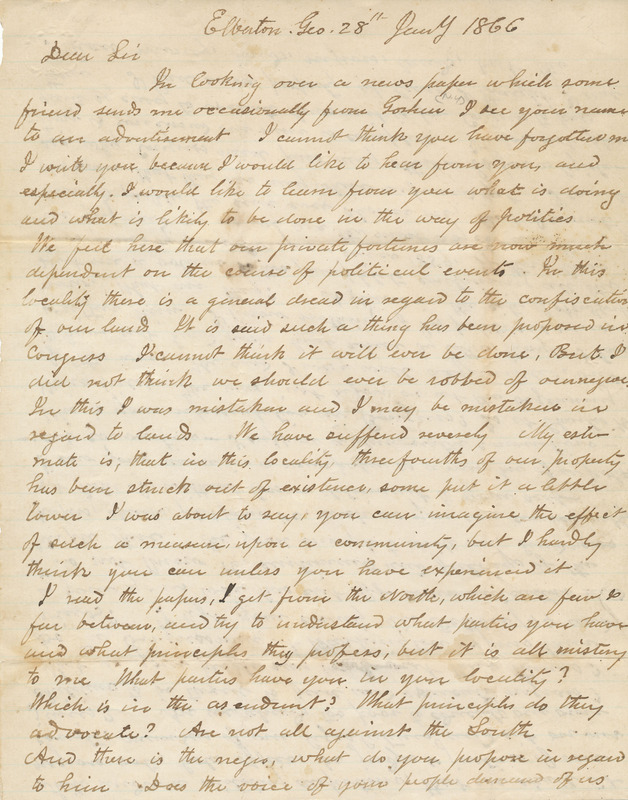 A letter written by William Van Duzer of Elberton, a town in northeastern Georgia, to an unknown correspondent in the area of Goshen, Orange County, in southeastern New York, January 28,1866. 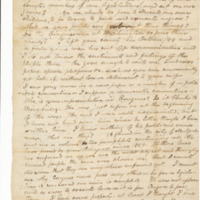 "I had some property, at least I thought I had.  I had money, bonds, negroes, lands, but the Confederacy fell, the money and bonds became worthless and the negroes left.  I had debts due to me, my debtors suddenly became insolvent. 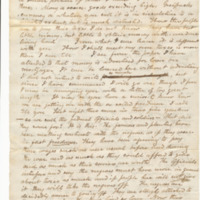 "My wife and four children and myself have now to depend on my house and lands, a small portion of what I had.  I think I can hold these.  Money is scarce, goods extremely high..."

The Civil War devastated the population, infrastructure, and economy of the southern states.  In this letter from 1866, William Van Duzer, a former slaveholder, complains about the poor economic conditions in Georgia, the loss of his slaves, and the possible confiscation of his land.  His letter records the confusion and insecurity he felt personally after a national event dramatically reorganized his way of life.