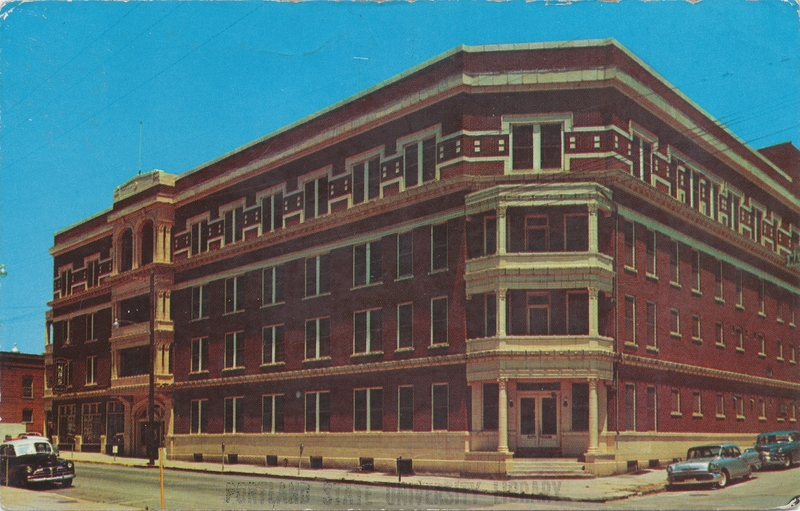 Postcard for the National Baptist Hotel and Bath House

In the late 19th Century the area around Ouachita Mountain Range in central Arkansas developed into a resort location famous for its hot springs believed to have medicinal value.  African Americans worked in the bathhouses as attendants, cleaning the bathing areas, helping invalids, laundering, providing massages and rubbing mercury (the primary treatment for syphilis prior to the advent of penicillin in 1940).  Bathhouses owned and operated by African Americans for African Americans emerged after the passage of Jim Crow laws which allowed them to work, but not bathe, in the bathhouses owned by whites. 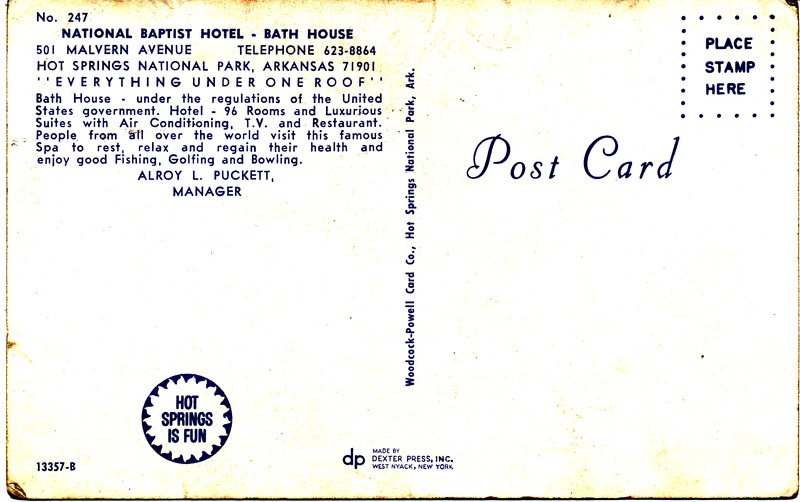 In 1948, the National Baptist Convention bought one of the African American bathhouses, the Woodmen of the Union Building.  The building featured first class hotel accommodations, a 2000 seat theater, a conference auditorium, gymnasium, print shop, beauty parlor, and newsstand.  Because they were denied service at other medical facilities in the city, the building also served as the primary health care facility for the African American community, housing a hospital, doctor and dental offices, and a nurses’ training school.   The hospital provided treatment to members free of charge, as well as to black indigent patients referred from other healthcare facilities in the city.  The Civil Rights Act of 1964 ended the legal sanction for segregation of public places.