Black and White: Six Stories from a Troubled Time 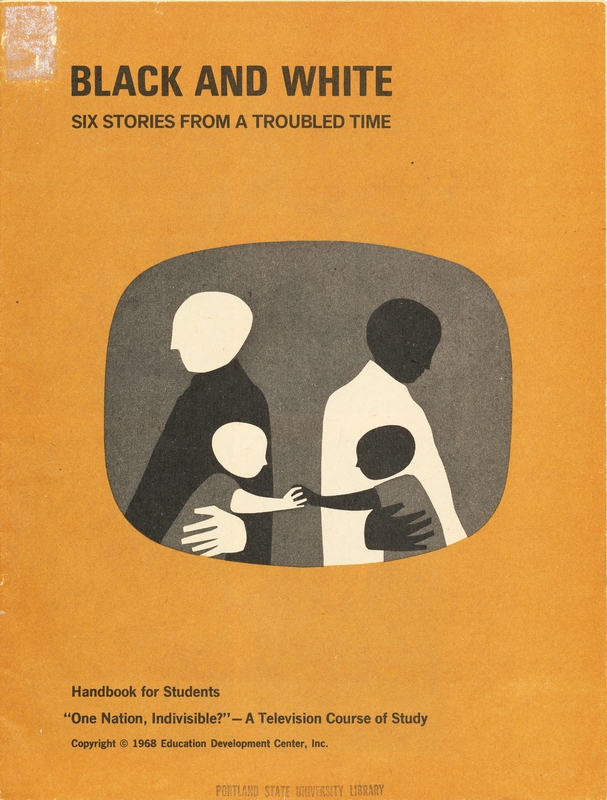 “Black and White: Six Stories from a Troubled Time, Handbook for Students. 'One Nation, Indivisible?' – A Television Course of Study," The Social Studies Program of Education Development Center, 1968

In the early 1960s, the relatively new technology of television brought national attention to the Southern civil rights movement.  Americans in all regions watched as non-violent protesters met often brutal responses.  Shock and outrage forced Presidents Kennedy and Johnson to address the issue, and in 1964, President Johnson signed the historic Civil Rights Act.  However, racial tensions remained; each of the following three summers, violence erupted in major cities around the country.

Published in 1968, the same year as the assassination of Martin Luther King Jr., this brochure corresponded to a television program that explored race relations in cities around the country.  The program was a project of the Education Development Center, a group founded in 1958 with government support to reform science and math curricula in the midst of the Cold War.  The scope of the EDC eventually broadened to address major education, health, and social challenges facing society.

In the words of commentator Rod MacLeish, the program examined “whether it is possible to bridge the dreadful chasm between the American races or whether...our days as one nation indivisible are numbered.”