The Trial of Henry Sweet 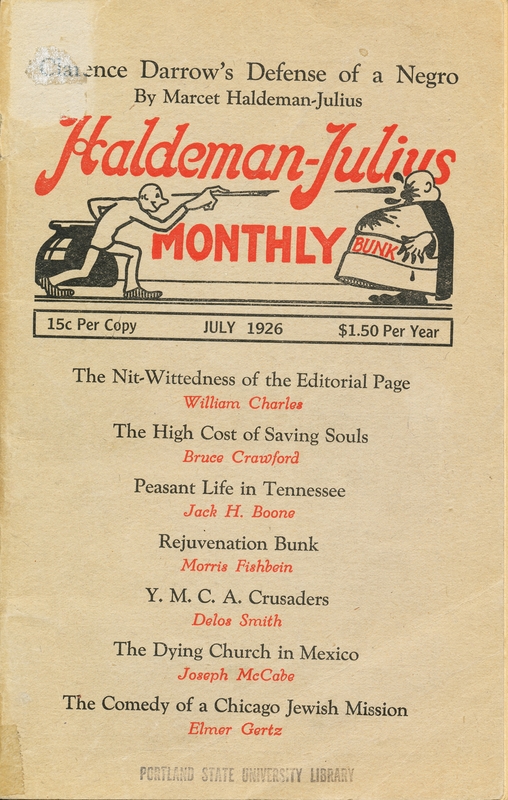 Haldeman-Julius Monthly was one of several publications of social reformer Emanuel Haldeman-Julius.  This issue features an article by his wife, Marcet, providing an account of the trial of Henry Sweet.

Sweet, a nineteen-year-old African-American man, was staying with his uncle, Dr. Ossian Sweet, in Detroit.  Dr. Sweet had recently purchased a house in an otherwise white neighborhood.  One night a large mob gathered outside the house, and after shouting racial epithets and throwing stones, several men forcibly entered.  In the struggle, Henry Sweet shot and killed one of the intruders.  Subsequently, all eleven African-Americans inside the home were charged with murder.  The NAACP arranged for Clarence Darrow, a famous criminal lawyer, to defend the Sweets.  Darrow successfully pleaded a case before an all-white jury that Henry Sweet was not guilty on the grounds of self-defense.  His closing arguments are remembered as an early landmark in the civil rights movement. 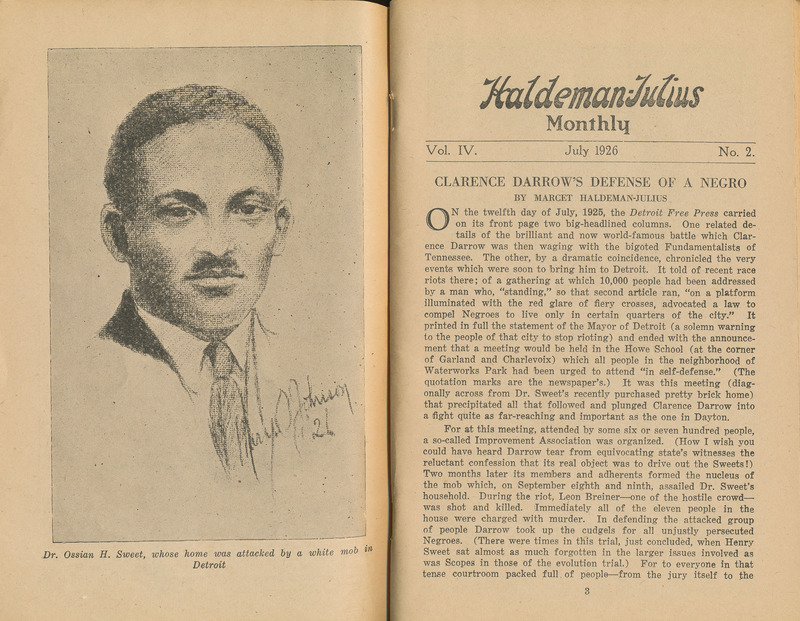 "Clarence Darrow's Defense of a Negro"

"Now, let us look at these fellows.  Here were eleven colored men, penned up in the house.  Put yourselves in their place.  Make yourselves colored for a little while.  It won't hurt, you can wash it off.  They can't, but you can; just make yourselves black men for a little while; long enough, gentlemen, to judge them, and before any of you would want to be judged, you would want your juror to put himself in your place.  That is all I ask in this case, gentlemen.  They were black, and they knew the history of the black.