Born into rural poverty in Cottage Grove, Oregon, Deborah Cochrane was essentially abandoned, several times, by her mother. Eventually finding herself in foster care in Eugene, Oregon, Cochrane came into contact with several people who would play a significant role in her life. One of those people was Herb Cawthorne, who she met through her experience with the Upward Bound program at University of Oregon.  Herb would become herl longtime mentor and employer. 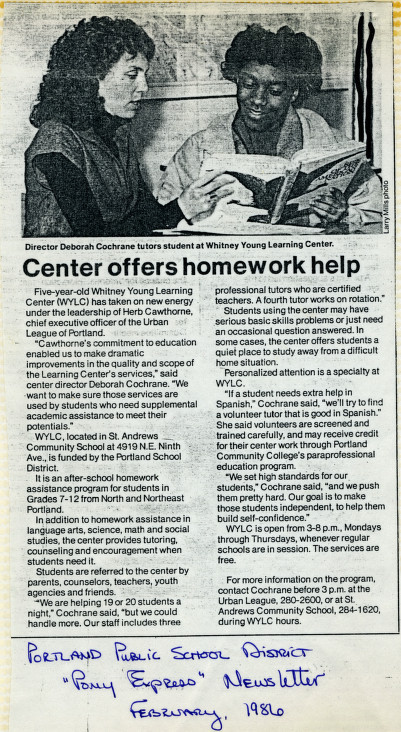 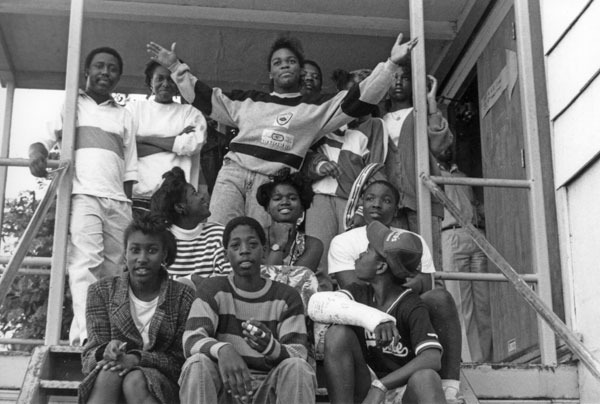 After Herb Cawthorne moved on to a position running the Urban League of Portland, he recruited Deborah to leave her position at EOP to run the Whitney Young Learning Center, an after school program.  Originally operating out of a cold, spare basement room, Cochrane loved her position with the Whitney Young Learning Center and helped make it into a popular and highly successive program for the Urban League. 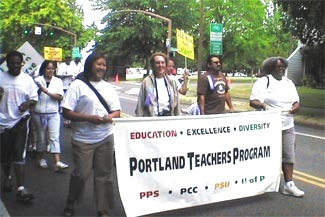 Deborah Cochrane marches with students in support of the Portland Teacher's Program.

Though reluctant to leave her position at the Whitney Young Learning Center, she was enticed to apply for the position of director of the Portland Teacher's Program.  The PTP, as it is known, was founded in response to a lack of diversity among teaching staff in the Portland Public Schools classrooms. Because of her lengthy and strong ties with the Black community in education, many felt she would be the perfect fit for the position.  She accepted the job, asking only for a one-year leave of absence from the Whitney Young Learning Center, as she was initially unsure the PTP would succeed.  As of 2015, she is still the director of the Portland Teacher's Program, having seen over 150 students graduate successfully from the program.