Kathleen Saadat: "I can talk with people": Power Within

In this excerpt from her oral history, Saadat shares her experience talking to gay rights opponents and reflects on the power of conversation.

Over the past forty years in Portland Saadat has participated in numerous organization fighting for civil rights for African Americans, women, and the LGBTQ community. 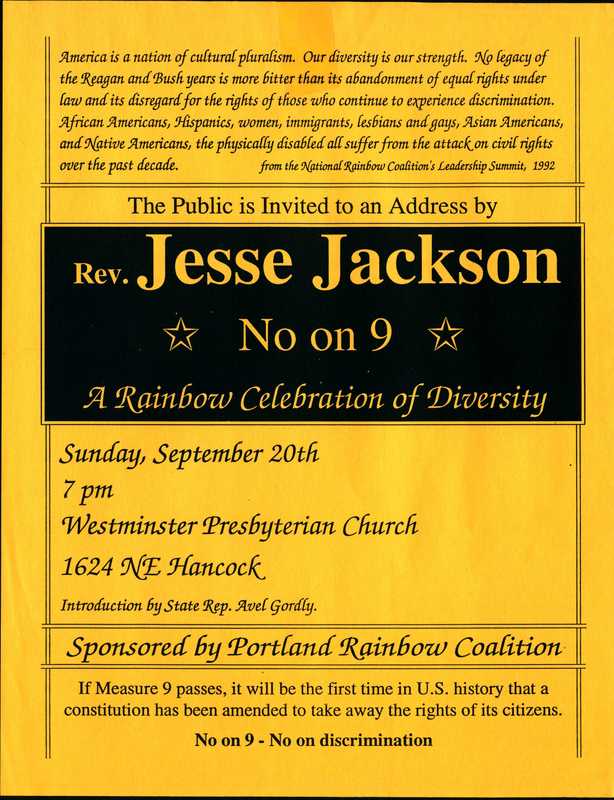 In 1992, Saadat organized the group African Americans Voting No on Nine and served on the steering committee for the statewide No On Nine Campaign. Ballot Measure 9, sponsored by the Oregon Citizens Alliance (OCA) founded by Lon Mabon, sought to amend the state's constitution to reinforce conservative traditional values of sexuality.

The act proposed to prohibit the state from recognizing sexual orientation as well as require public schools to teach that homosexuality was abnormal and perverse. Amidst a climate of increased violence towards members of the LGBTQ community, organizers of the No On 9 Campaign, including Saadat received death threats. Voters rejected the measure by a margin of 12.9 percent.1