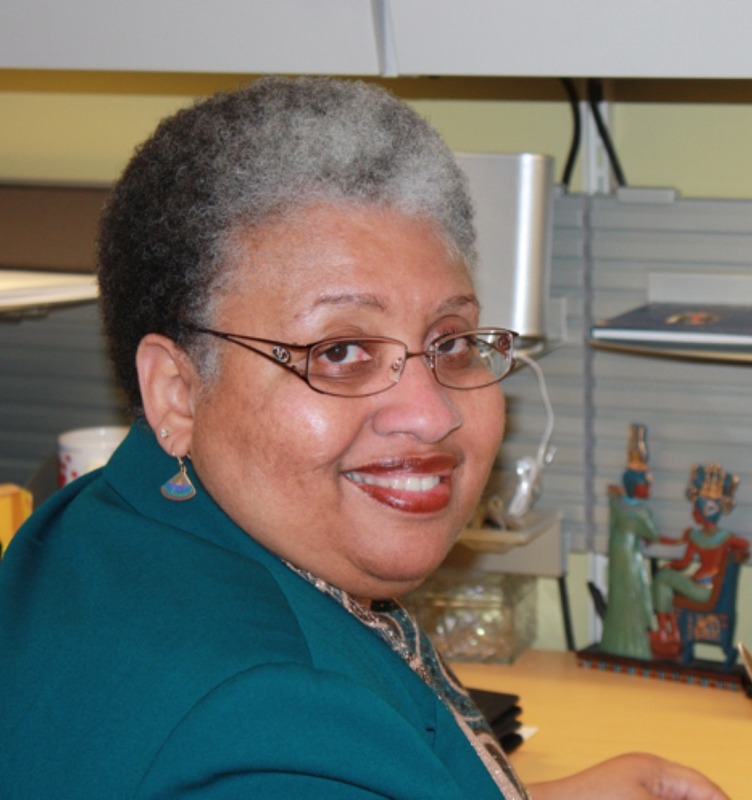 Harris holds degrees from Reed College, Oregon State University, and Portland State University. During her time at Reed, she and fellow students Ron Herndon and Frank Wilson founded the Black Education Center, which began as a summer program for local Black youth. When Harris graduated from Reed with her teaching credential, the BEC became a full-time private elementary school.

While with the BEC, Harris was recruited by Asa Hilliard, the chief desegregation consultant for Portland Public Schools, to contribute to the Baseline Essay project. The essays were meant to give public school teachers a “baseline” of knowledge about different cultural groups. Harris’ essay, which included her comments on language in Mark Twain’s Adventures of Huckleberry Finn, was raised to local and national attention after her opinions were discussed in a contentious Oregonian editorial and in Arthur Schlesinger’s 1991 book, The Disuniting of America. Harris argued that African literature and oral culture had been diminished by white, Eurocentric classroom curricula.

Harris left the BEC in 1993 to serve as director of the Northwest Regional Education Lab, a position she currently holds (in 2015).

Harris was interviewed by Parvaneh Abbaspour and Heather Oriana Petrocelli on March 10, 2010, in Portland, Oregon. A transcript of her interview is available on PDXScholar.